A few months ago I wrote a post about my home town, a small country town in the East of England.

My wife’s home town is also a country city surrounded by flat farming land, but it could hardly be further away. As the final hop on our tour Down Under we ended up as far south as it is possible to go without leaping off towards the Antarctic. This is Invercargill. Southernmost city in the Commonwealth, at one time boasting the most southerly passenger railway station in the world, capital city of New Zealand’s Southland.

I had some trepidation about a winter trip because this sparsely populated corner of New Zealand sticks out its nose out into the great Southern Ocean which gives it a rugged and windswept reputation. 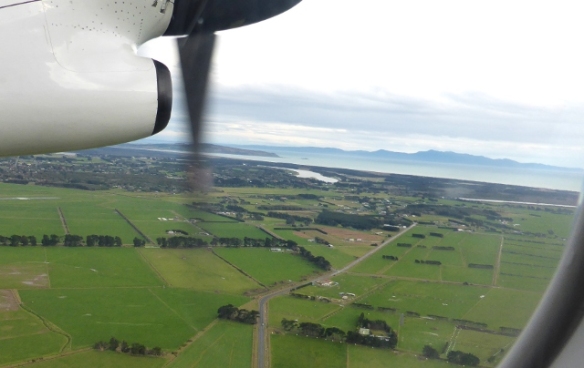 I have been to Invercargill four times before (we got married there) but I have only been in the summer which has always delivered long sunny days. I anticipated winter weather something like the North of Scotland, which would have been appropriate because Invercargill’s heritage was built on a Scottish legacy, the settlers of Dunedin coming south looking for pastures to graze sheep on the flat plains near the coast. The town they got came with a Scottish name, the term “Inver” meaning a river mouth, then named for Cargill who was a bigwig over in Dunedin who the Governor of New Zealand wanted to honour.

Sadly most tourists to New Zealand never get to Southland, they only make it as far as the resort of Queenstown with its skiing, lakes, adventure sports and Lord of the Rings film sites and only a few come on further south. They are missing out. The Southern Scenic Route is an amazing driving or cycling tour around the bottom of the South Island and we have enjoyed some great excursions along the coast on those summer days. To the North and West are the mountains and Fiordland National Park, one of the most stunning but unforgiving landscapes one can imagine, even today it is almost uninhabitable. 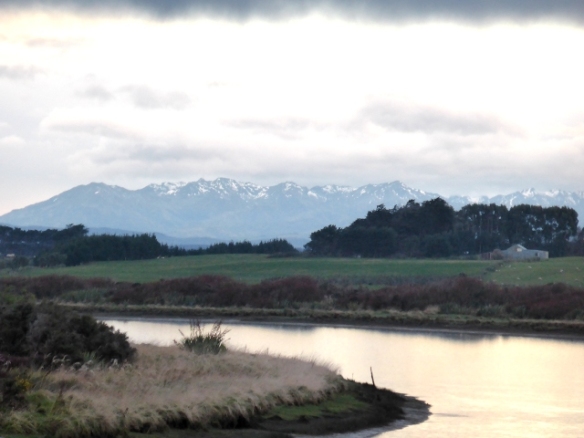 But no side trips for us on this trip, a short timeframe and the season meant we flew straight into Invercargill and stayed there apart from a few bike rides. However that suited me perfectly, because not only was this my first trip in winter, it was my first trip there since starting idonotdespair.com and I wanted to see what would catch my eye that I wanted to share. And the weather was actually pretty good, I was outside most days and there was some glorious wintry sunlight in the evenings.

Invercargill was planned in the years after 1856 with broad streets, a grid pattern named after Scottish and English rivers (Tay, Esk, Dee, Spey) and substantial parks which gives it an open and spacious feel quite unlike European towns.

However what I hadn’t noticed before at all was the architectural quirkiness of the city centre. This was largely accomplished by a simple manoeuvre. I looked up.

Walk normally along the shopping streets here and you are trapped under gloomy verandas. Stepping back and looking up the city was a riot of brightly Victorian and early 20th Century styles. Each time there was a surge in demand for meat, wool or dairy products throughout the British Empire a newly prosperous generation rushed to show that they were part of the modern century with new buildings.

The Railway Hotel could hold its own with any Victorian station hotel of its era while elsewhere there are flashes of Art Nouveau, Art Deco, Arts and Crafts and Classical. And there is an attachment to a bright colour palette which was quite cheerful in the weak winter sunshine.

Wensley’s bike shop probably takes the award for being the brightest colour scheme of all, quite right too.

A few nondescript modern buildings have intruded into the skyline but for me they cannot compete with the sense of civic purpose and commercial energy that those earlier Invercargill citizens brought to their town. I am so pleased that Invercargill has kept so much of its heritage, it keeps the place distinctive.

But I did have to allow myself the broadest of smiles when I come to the original Town Hall.

It is hard to believe that nobody had a sense of irony when detailing the exterior.

In today’s more cynical times “Town Hall and Theatre” could be a plug for a TV show about dodgy local politics, not a statement of civic pride.