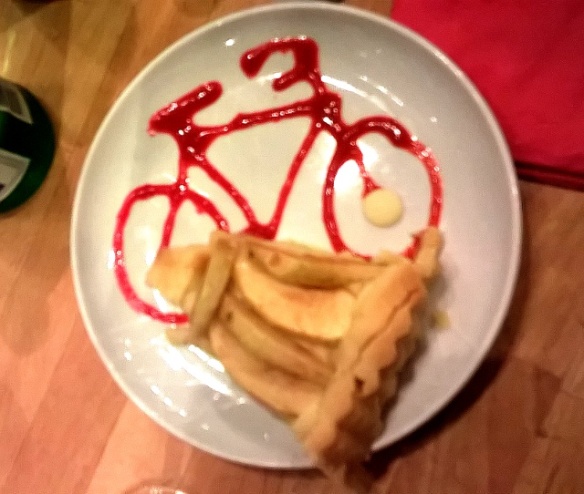 My colleagues came up absolutely trumps for the ECF Christmas party this year.

We set off in convoy under the Christmas lights of Brussels for a group bike ride to a mystery destination, known only to a select few.

After about twenty minutes we ended up at the brilliant Mmmmh! in Chaussée de Charleroi where we were ushered in to a large professional kitchen and handed aprons. 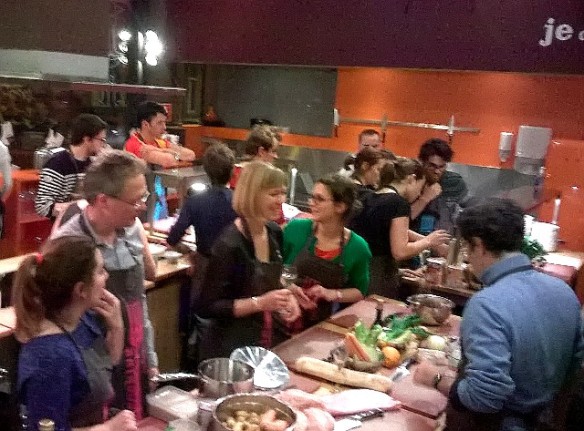 Oh yes, it is an episode of Masterchef and in our teams we have an hour to invent and cook three dishes.

What a laugh. Even the self-confessed non-cooks chopped and stirred with vigour, perhaps encouraged by the free flowing wine. 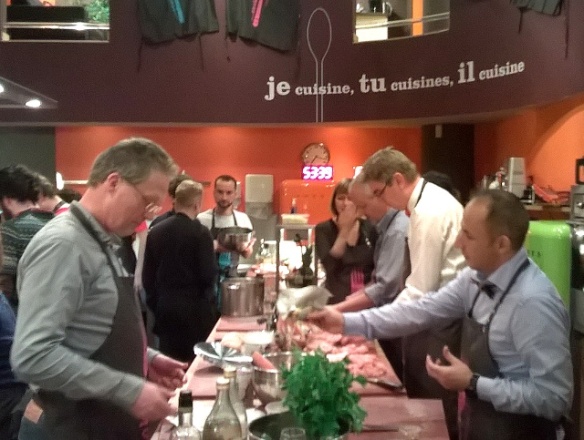 And due respect, we found out that we have some superb cooks on the team, there wasn’t a failed dish on the table.

Given that a group of cyclists can often resemble a plague of locusts, devouring its own body-weight in food in a day this could be the perfect cycling outing.

In the British version of the TV show Masterchef there are two lead presenters who regularly shout lines at each other like “Cooking doesn’t get tougher than this!” I can only say “Christmas, cooking and cycling – combined. It doesn’t get any better than that!” 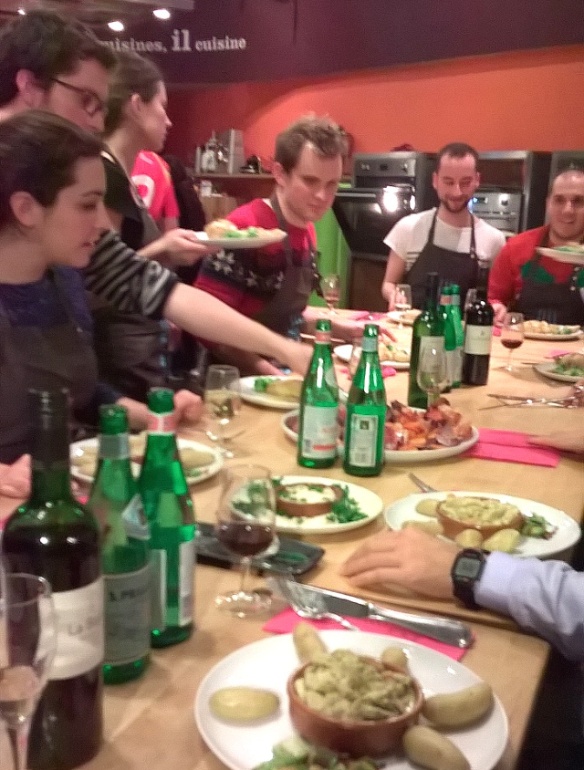 2 thoughts on “Christmas, cooking and cycling – combined. “It doesn’t get any better than that!””