2016 has started with a bit of a whisper on idonotdespair.com

I have as they say been “otherwise engaged” and most cycling activity except watching the cyclocross on Belgian TV has been deferred.

We have just moved from the rented house that we have occupied since our move to Belgium three years ago and made the step back into property ownership. A new reality has dawned, I now realise what a honeymoon I have had with no home maintenance and no significant gardening assistance required.

The contrast is stark, 2015 was probably the best year I have had in terms of cycling fitness in more than ten years, the start to 2016 almost certainly the worst! But that’s OK, I am really excited about the new place and starting a new chapter.

However what I am really, really go to miss is my bike barn.

About three and a half years ago my wife sent me the details of a former farm house and said “take a look at this one will you”. All sorts of benefits and a great location made me quite enthusiastic, but then the agent said “do you want to see the barns?” 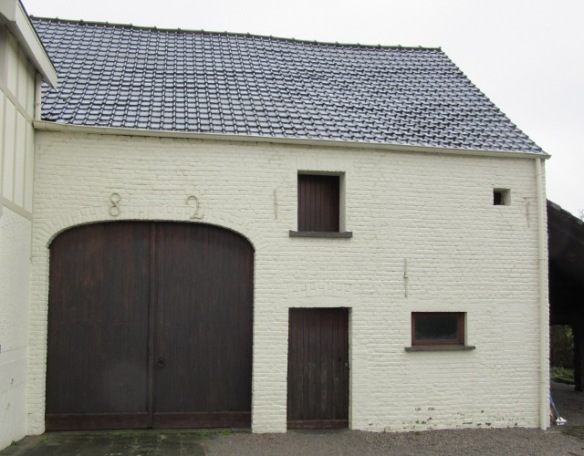 “Oh” I said casually “are they included?”

Which may be one reason that  I was on the phone to the UK 15 minutes later saying “This is the one!” 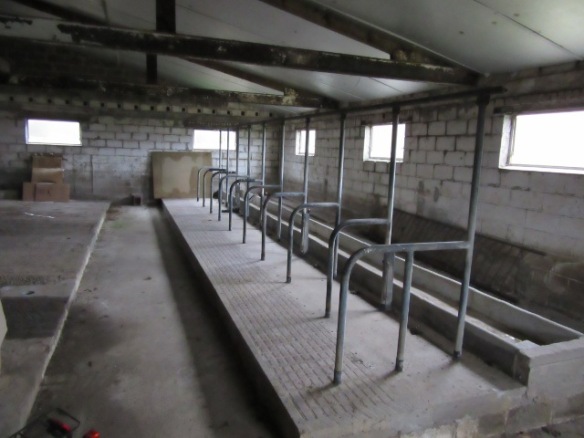 The former milking shed was almost as if the cows had just left, with perfect bike-sized stalls lined up just waiting for me to fill them. I think I have probably been smiling ever since and my initial reaction has been matched by all the cycling friends and family who have just walked into the same space and burst out laughing. “You have a problem”, I was informed in the way that an excess drinker might be told about his overloaded wine cellar. 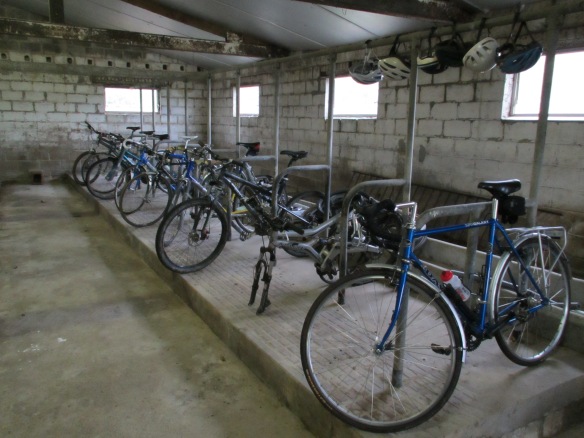 Reality bites now, I still have a good space in my new bike store which will be perfectly fine as a man cave when I have found a way of stashing all the stuff and hanging the 14 bikes on the walls.

But every time I fall over a pile of spanners on the floor or curse the fact that I can’t find something I have stashed I will recall the space that supported my new cycling experiences in Belgium, enabled me to complete the renovation of my old fixie friend and to compose my favourite workshop song “Wheelbuilding” 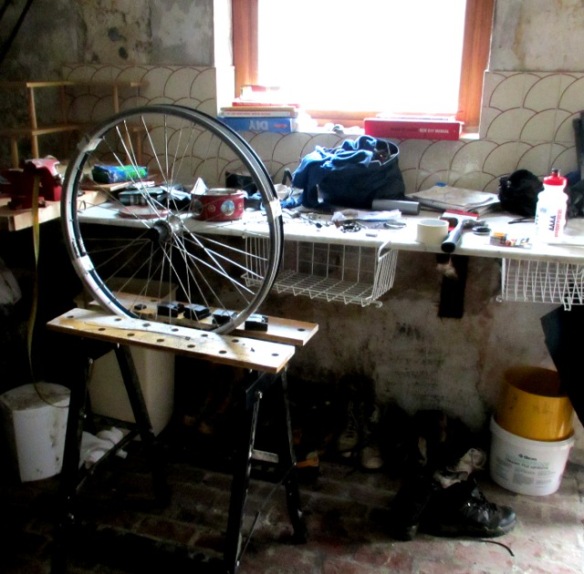 As Humphrey Bogart says to Ingrid Bergman at the end of Casablanca “we’ll always have Paris”.

(and yes blogging will remain at a low key level, at least until I get to Velo-city Taipei in a few weeks’ time)

2 thoughts on “Lament for a lost bike shed”