I am now trying to get myself a bit fitter after a seasonal layoff from longer bike rides. As it is cold, damp and the visibility is poor the roads are not an attraction and I need a bit of a purpose to keep myself going.

that criss-cross our commune, 210 kilometres in total. They have become familiar friends since we ended up in Lasne four years ago, but I never consciously tried to ride or walk each route as a self-contained package. On a mountain bike I have been able to do two or three as one connected ride so I am gradually building up a picture of the whole set, and in the process I have discovered some attractive corners that I definitely would not have found on my own.

Today was a bit of a historical special, I was following the route taken by the Prussian army in 1815 as they made a forced march cross country to join Wellington’s forces at the Battle of Waterloo, arriving in late afternoon to make a decisive contribution which snatched the battle from Napoleon’s hands.

In the thick morning mist I think there is a timeless quality to this landscape, many of the old farmhouses and churches bore witness two hundred years ago to the army trying to push their carriages and cannons across wet, steep and muddy terrain.

I was quietly enjoying the eerie fields close to the Waterloo Battle monument when I was snapped out of my reverie abruptly. 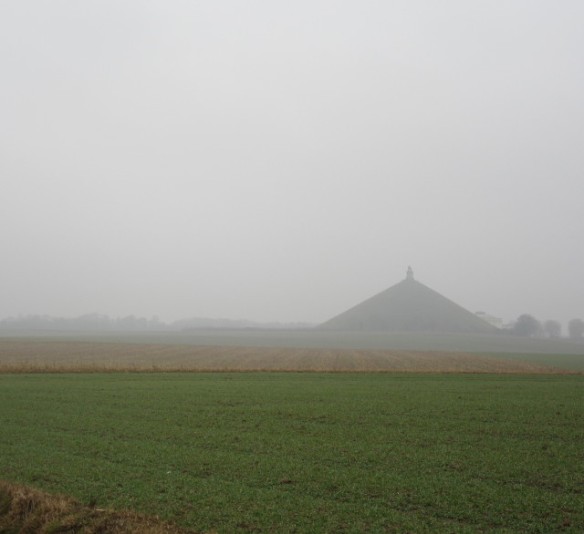 I may have conjured up the image of the armies in my head, but I did not expect a little troop of soldiers to emerge from the mist like ghosts of the battle. Rather appropriate under the circumstances and bringing back memories of the battle re-enactments at the bi-centenary in 2016. 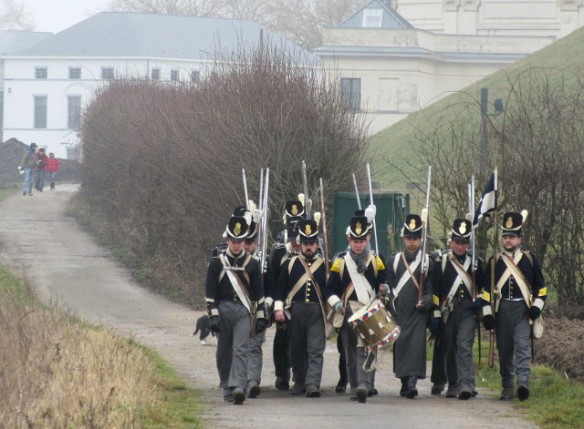 7 thoughts on “Timeless tracks and trails of Belgium”