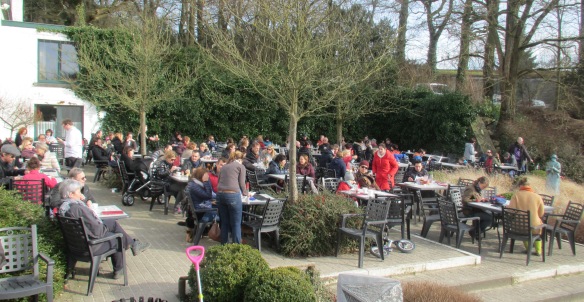 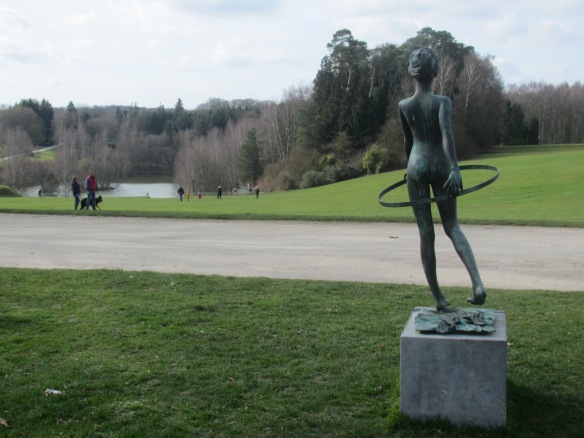 The same weekend at the same place last year. 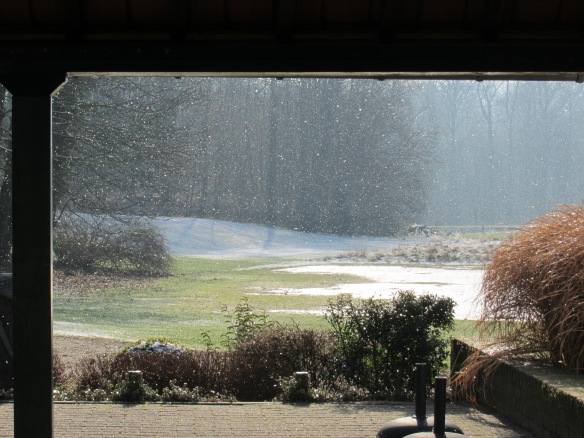 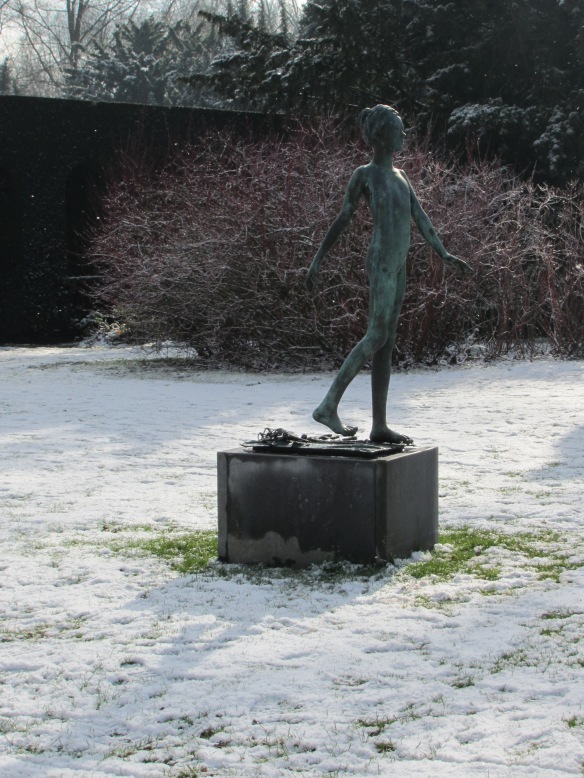 At this stage of last year’s winter we still had two months to go before the snow stopped. As newcomers to Belgium it was quite a shock to the system. And as a cyclist it meant lots of frustration.

But this weekend we were out in the sunshine, almost without hats and gloves. I had the great pleasure of showing a friend round the area and we ended up soaking up some sum and a small beer at one of my favourite cafes at Chateau Solvay.

Along, so it seems, with many others who got the message that the outdoor season has started. The wildlife certainly thinks so, the birdsong seems to have lifted several decibels in the mornings.

Oh gosh I hope this lasts, my system craves warm riding, not worrying about hitting ice, light mornings, no gloves………………….

2 thoughts on “Is this Spring? A cyclists’ plea – please let it be so”