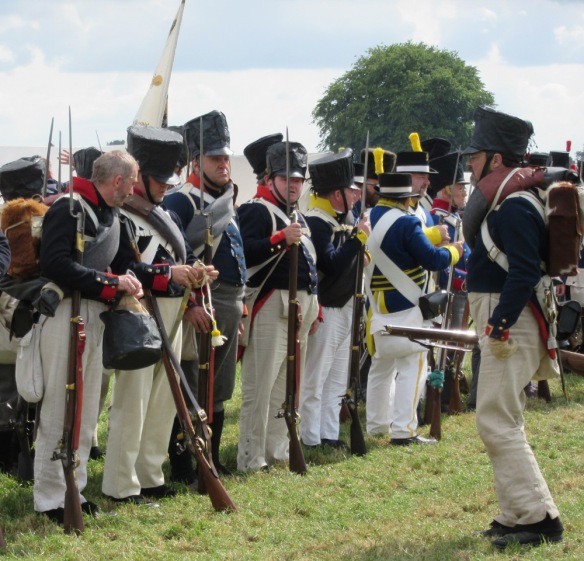 The real heroes of the bicentenary recreation of the Battle of Waterloo were the 6000 re-enacters that came from all over the world.

If I am honest I went along expecting to laugh at least a little bit at the play soldiers but they charmed me in a way I really didn’t expect.

We kicked off our visit to to the spectacle by visiting the bivouacs, the large tented settlements set up around the battlefield site to house the re-enacters and to provide extra interest by recreating some of the scenes behind the battles between the set pieces. 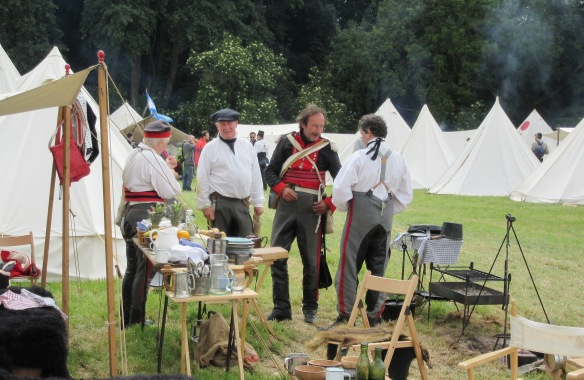 Having been to one or two open air events where the actors took their roles rather seriously and stuck rigidly to a performance I was taken by the way these people seemed absolutely determined to have a lot of fun, and to make sure that the visitors did too. 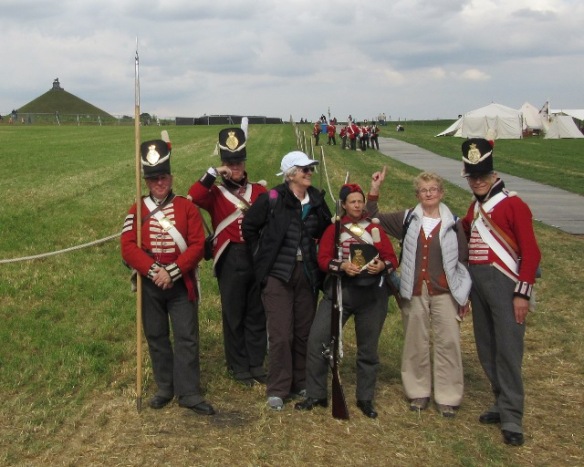 Posing for photos, setting up displays, playing music, chatting and answering questions all created a friendly mood. The uniforms were incredible, each country and troupe in amazingly well coordinated regalia, no matter how bizarre some of it might look today. The mix of ages and gender was much more than we expected too. (click on individual photos to see them full size) 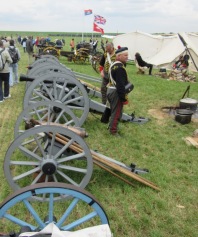 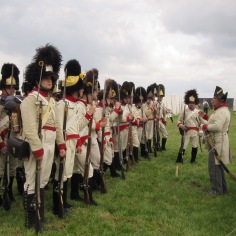 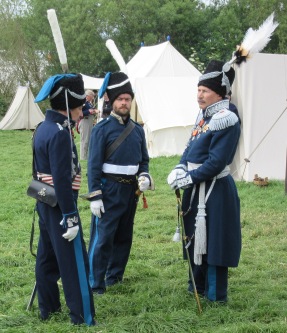 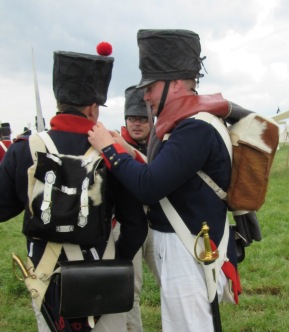 It would also be fair to that some of the participants were not exactly military in bearing and there was a fine line in comical hats, and it was not quite like the old British TV series Dad’s Army, at least not all the time. 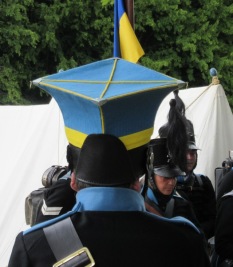 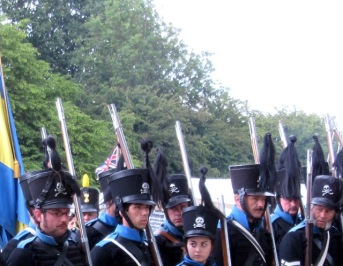 I think we also got a bonus because we timed our arrival perfectly for the hour before the official re-enactment.  This meant we got a really fine feeling of the whole camp coming to life, preparing to go and the whole army actually setting off to war which made for some superb colourful spectacles and really set up the evening’s entertainment. 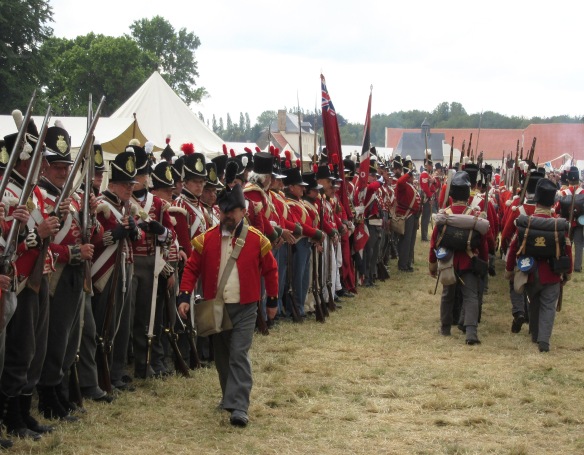 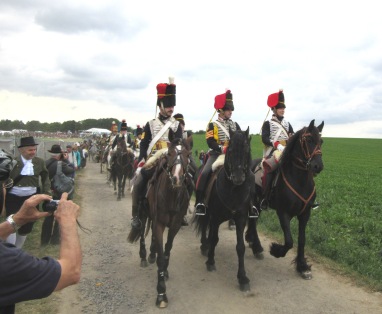 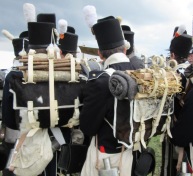 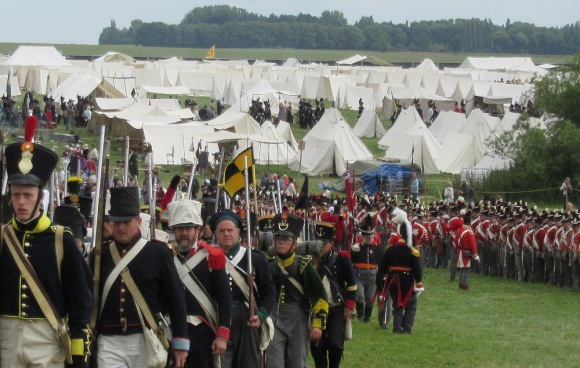 There were come moments of high amusement which I shall save for a final post on the subject, but credit where it is due, great show everyone.

My favourites? These two delightful ladies, both absolutely tiny in stature, who posed for photos all afternoon. As proud as any general. 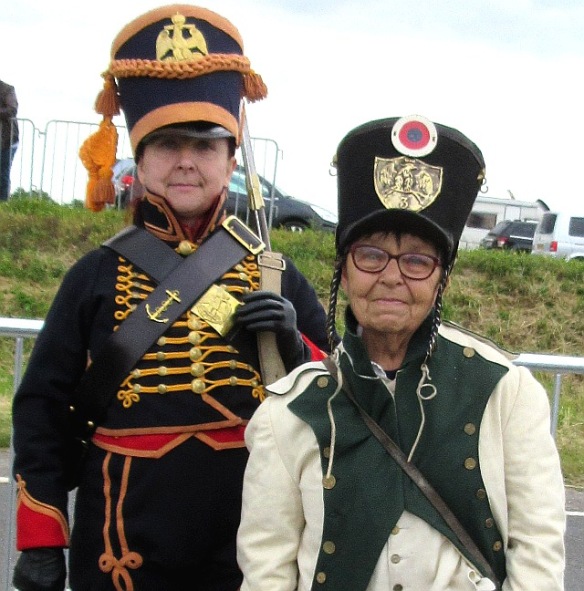