Way back in 2012 when almost nobody read my blog except my family and a few friends I really enjoyed writing a piece about one special Saturday.

The onset of spring was its theme, marked by “La Primavera”, the classic of the springtime – or as it is better known in English the Milan-San Remo cycling classic.

“But La Primavera is truely about the spring. The Italian TV producers know it too, coverage only really starts when the peloton hits the coast. Then it is time for the stunning aerial photos of the coast and the scenes of battle in the sunshine. The Cipressa, the Poggio and then the race along the seafront to San Remo.”

Yes, yes, I know, its pretty sad when a lover of the outdoors marks his springtime by staying indoors to watch TV, but nothing has changed since 2012, I am still bonkers about these monuments of cycling and I am super excited by the prospect that this year a whole bunch of favourites go into the race in good form – Cancellara, Sagan, Van Avermaet, Kristoff….. and none of the preview writers can agree on a clear candidate, except maybe the tough Aussie Matthews. 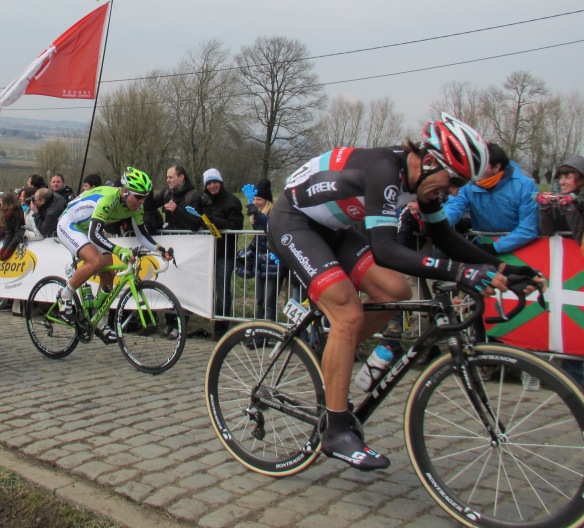 So despite the better weather and the birdsong and the gardening shores that need doing in our new house I shall be soaking up those final hours of coverage this afternoon, building to the crescendo on the Poggio.

But my cup runneth over.

As I say hello to spring I say goodbye to winter.

My other sport also packs its highlights into just six weeks, the northern hemisphere rugby season has just made its way out of deep winter into spring, ending today. This year could be special as tonight in Paris England’s team will play France for a possible Six Nations Grand Slam, our first since 2003.

Given the ignominious way the team got bounced out of the world cup in October that is a brilliant transition that I am enjoying enormously, but I am nervous about the way we keep falling at the last match. Nail biting time.

The final match is the end of a super-Saturday that will see about six hours’ rugby coverage, much of it in parallel to the cycling. That means compromises, but as I showed back in 2012 there is no reason why the enterprising fan should not have it all, while indeed contributing to domestic duties. 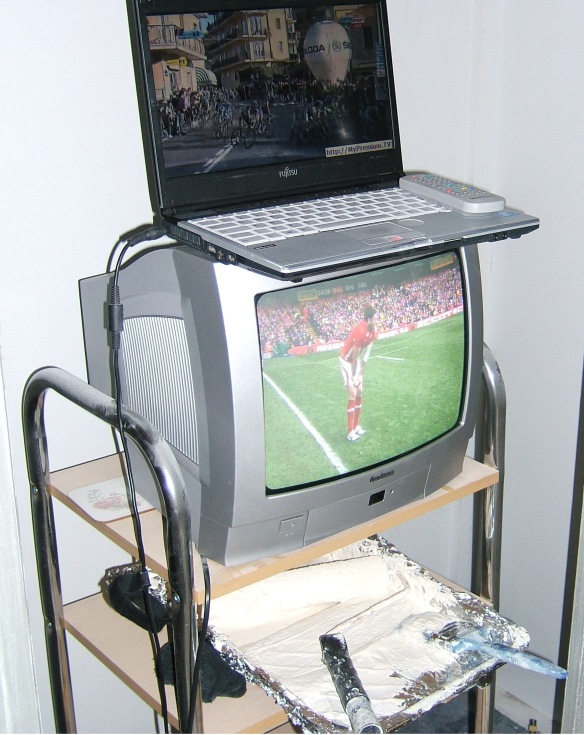 1 thought on “Super super Saturday – when cycling and rugby collide”