Sorry Kiev you were not at your best for me. My twitter followers will know I’ve been out cycling around the city for a couple of days but I hung on until this morning to take most of my tourist snaps because I thought the weather was going to improve, but sadly the mist closed in even more, to the point that I couldn’t even see the cross at the top of St Sophia Cathedral.

This post will be followed by something more cyclist oriented but first a quick gallery of some of the scenes of the city.

Andriivsky, the long hill from the low town of Podil up to the amazingly situated Andriivsky Church. Views of restored buidlings and attractive street scenes alongside the very steep slopes. Itis such a steep slope one of the most important public transport modes running alongside is the funicular railway, not a tourist attraction a proper commuter service. 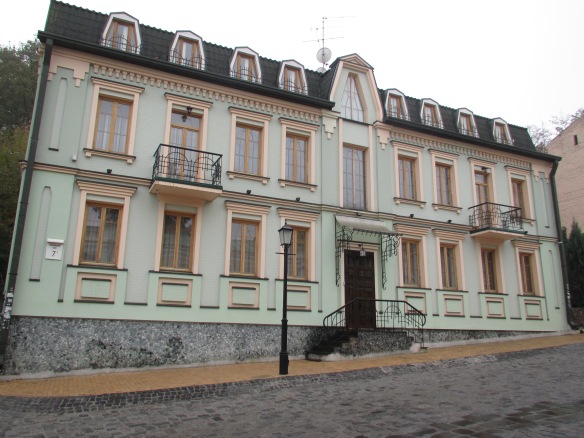 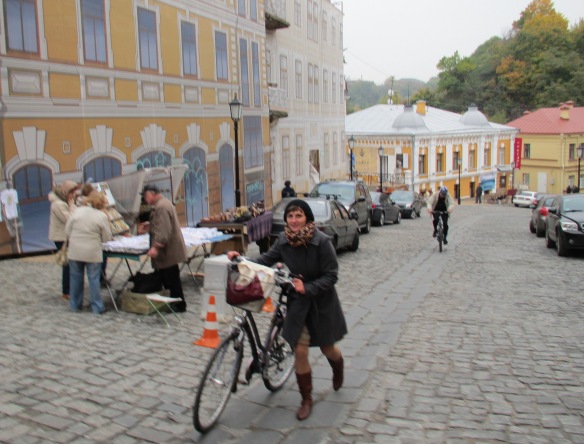 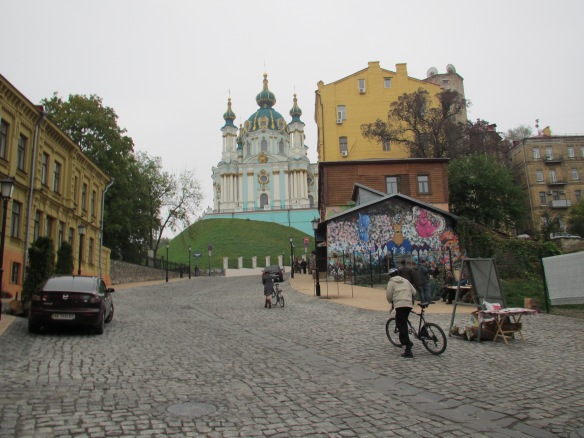 Then on to St Sophia and the Golden Gates which marked an old city wall boundary, interestingly restored as a cross section of the wall section with steep outer face and inner ramparts. 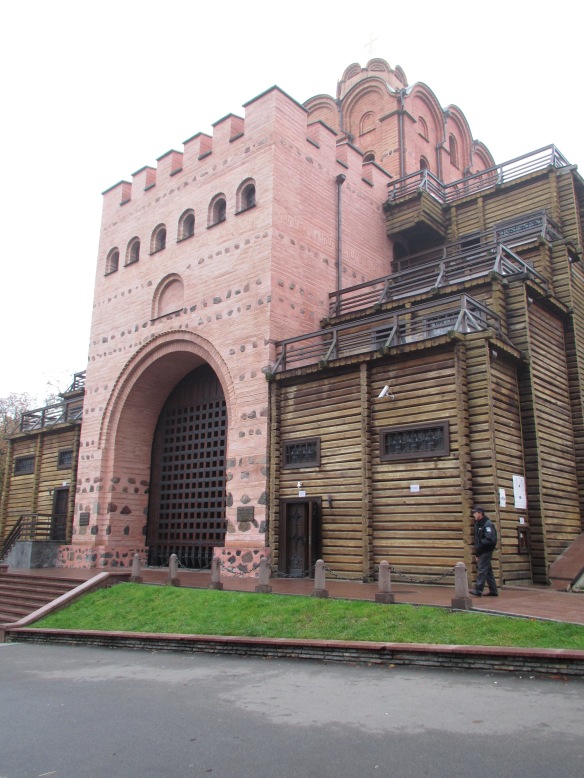 After that drop down the racetrack roads to the main city shopping street and Independence Square where anything characterful was driven out by Soviet style building in its monumental form, but very impressive in its scale.

Finally passing the monument to the re-Unification of Ukraine and Russia and working my way down the paths through the park to a superb pedestrian and bike bridge stretching over the river Dneiper into the mist and an almost car free island which was turning to Autumn. Mistletoe was everywhere, but apparently it is not a Christmas tradition here.

Almost silent in the park yet close to the city centre. Refreshing. 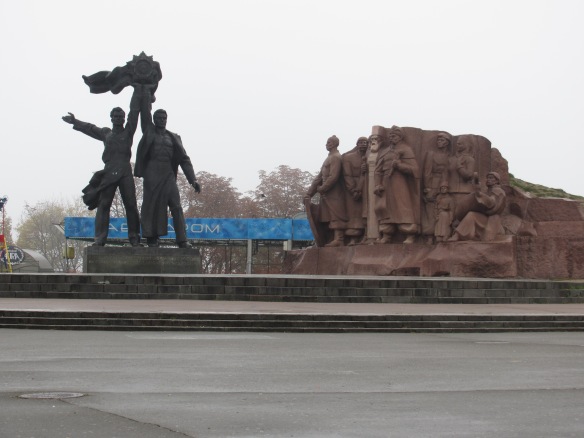 To finish a few shots of golden domes. Even at its gloomiest the smallest of orthodox churches seemed to stand out with its gold painted domes, perhaps one of the symbols of the city for me, especially in the mists. Even a minor church behind a scruffy fence seemed to lift the gloom a bit with its proud burnished glow. Last week in Yevpatoria it was the sunlight that brought out the colours, here they had to work for themselves. 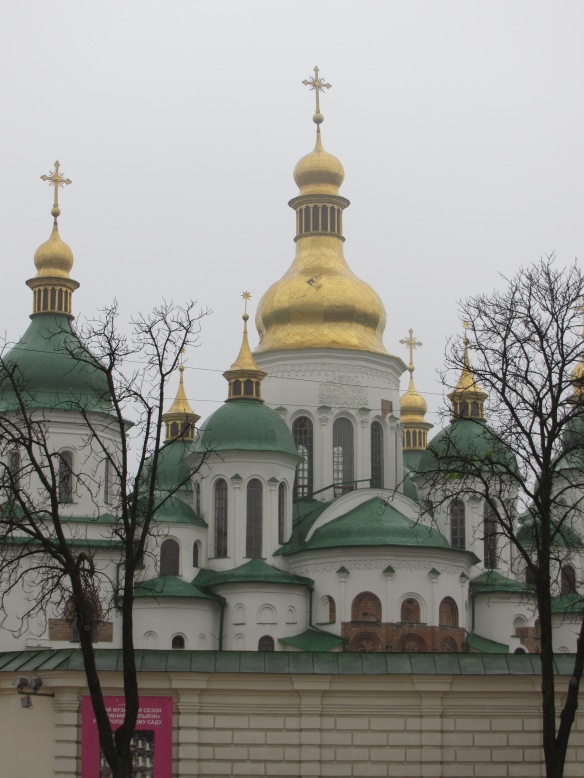