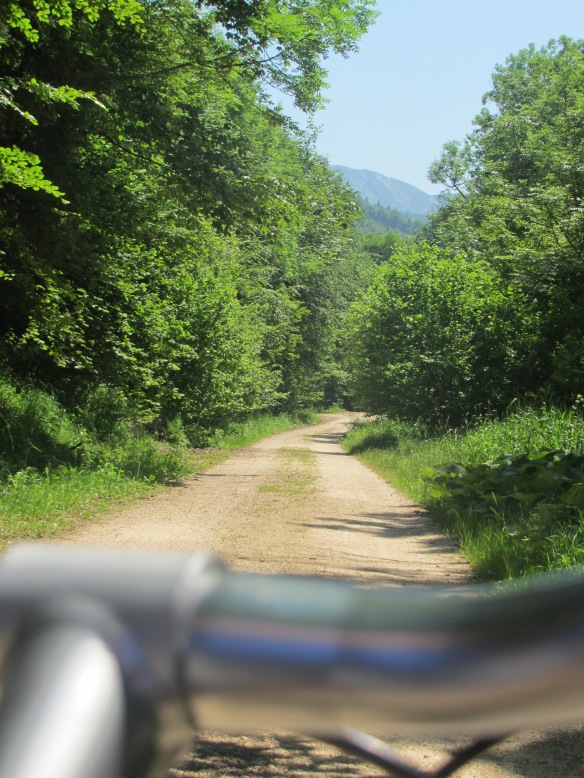 When I finished Velo-city I was exhausted, not just by the work and the hours but also because I was fighting a cold the whole week. (Insert man-flu insults here)

Going to the Attersee in Upper Austria with my wife was a planned escape to chill out and recover which for me always includes getting in a few bike rides of some type. Last year in Canada was my special treat to mountain bike at Whistler and tour across British Columbia straight after the event. If had even thought about cycling or mountain biking like that this year it would have been a complete disaster, I would hardly have made any progress.

For three days I was just floored and very happy to be carried around the lake by ferry and lie on the bank in the wonderful summer heat. I didn’t even hassle the landlady for the free bikes promised at the hotel which is very out of character. In fact I was dreading that feeling of a first ride after a break, the knowledge that my legs would be like jelly and in the heat I would really suffer.

But on Wednesday the bikes turned up and within a couple of hours I just knew I couldn’t resist. I also knew I didn’t fancy the busy road around the lake, I was just so tempted by the minor roads and tracks up and away from the side of the valley that decided to take the risk that I would expire and head up and away for a few km.

Up the first slope I was very grateful for the extra big sprocket provided by a Shimano Megarange 34 tooth sprocket because it was a real struggle. However then I looked back. Maybe just a hundred metres gained and I had a spectacular view over the Attersee. 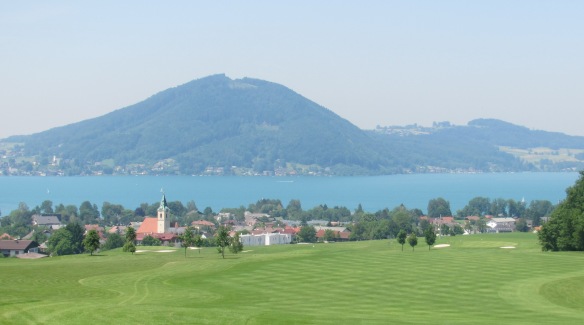 And then suddenly I was back. I just wanted to ride up and away to take in the views and get that sense of achievement that comes from getting to the top of a decent hill. I really did find myself saying “its back, I’ve got my mojo back” which does seem toe-curlingly embarrassing now. 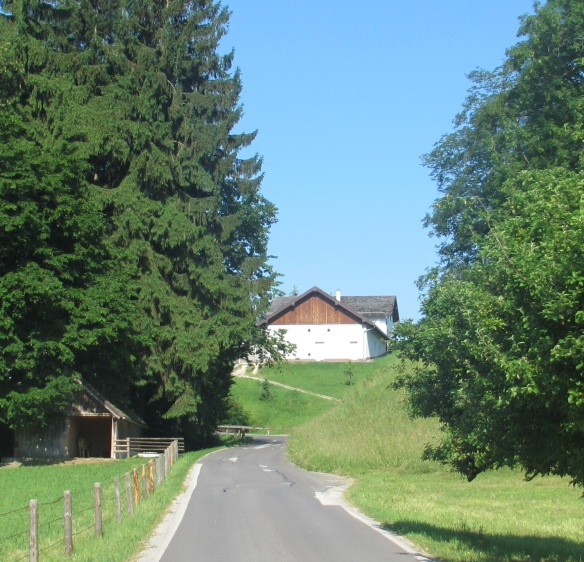 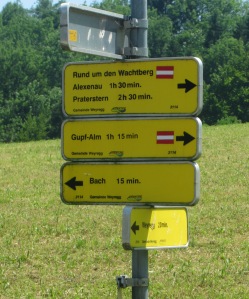 After that I was able to enjoy the tracks that led up into the hills and do a great loop around the Wachtberg. Only a few km but quite a lot of climbing up around the beautifully tended farmhouses and then along wooded trails before a tricky descent back almost to lake level at Alexenau and back to Weyregg am Attersee with great views all the way along. The best 7km ride in ages!

Once the ice was cracked I was into my riding for the next three days. The network of roads and trails was just stunning. Just as importantly they were brilliantly waymarked and I could almost have navigated without the map. I nearly made it up to around 1000 metres every day on climbs like the Gahberg and the scenery was just stunning, plus we had some great rides together. I didn’t complete either of them but the temptation of the longer distance Salzkammergut mountain bike routes like the Richtberg Runde and the Krahberg Runde were always there – maybe an excuse to come back.

triple chainset and the Megarange so I could ride everything. Surfaces were not technical, mostly dirt road, so the challenge was steady climbing, not staying on the bike. I wasn’t properly kitted up for full cross country with helmet and toolkit so I had to be a bit careful not to get stranded in the middle of nowhere because there were certainly almost no other riders, astonishing given the quality of the riding.

None of the rides was longer than a couple of hours but all were proper summer holiday rides, great scenery , great weather, hardly anyone around and properly recharging the batteries.

A decent photo gallery too. (just take a look at the route profile on the final photo!) 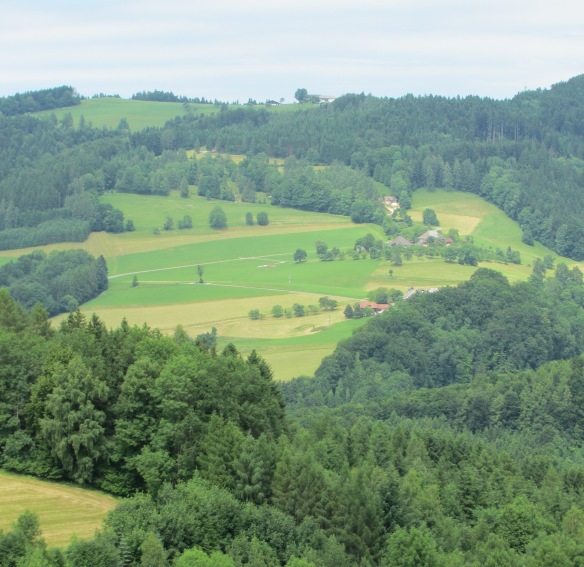