One of the pleasures of this year’s Eurobike was further discovery of Ravensberg, the town we stay at in the Allgäu region of southern Germany.

I stayed there last year and found it was charming town with an attractive car free town centre and a lively bustle of restaurants and bars. However because we only use the town as a dormitory I didn’t realise that there was much more to it than the streets between the station and the main central Marienplatz.

This time we stayed in the delightful Hotel Obertor which is actually built into the city walls and the Obertor (upper tower) itself. A few morning photos don’t quite do it justice but it is a great location.

And just beside it was another tower, known unusually as the Mehlsack or “flour sack”. Great name, especially as it had a much more imposing name of the White Tower at St Michael when it was built but locals nicknamed it because of its shape and colour and the name stuck.

Apparently the town almost completely avoided war damage because it was of little strategic importance which is why it is so well preserved. Another time I must try to have enough time to do it justice and I recommend it you might do the same. Good restaurants and hotels too. 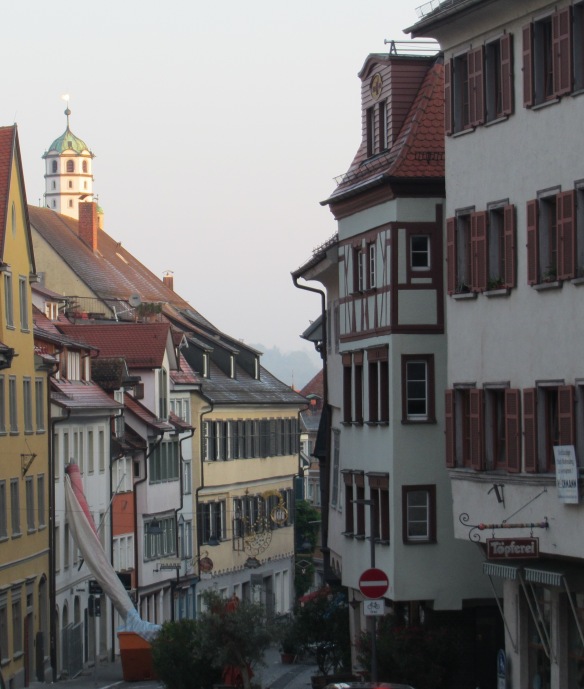