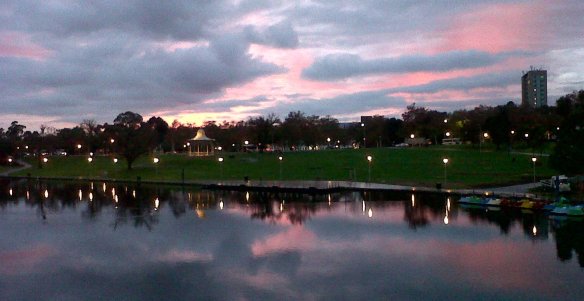 “So what did you think of Adelaide?” will be the obvious question as we move on around Australia and then back home in a few weeks. Especially as I haven’t been here for nearly 30 years. The honest answer might be “hard to tell” because I spent a lot of time in the Adelaide Convention Centre and hanging out with our cycling friends from around the world.

But I can reassure my cycling readers that I found at least one absolute gem in the city – the cycle routes along the Torrens River Linear Park that run over 30km from the Adelaide Hills in the East to the beaches in the East with Adelaide city centre almost at the mid-point. The added bonus was that our hotel overlooked the path so access was almost immediate. At the weekend in particular it was well used with riders of all abilities but I would not regard it as busy at all.

I dashed out there every chance I could with my Velo-city conference bike, from gentle pottering in the sunshine on the first weekend to pre-dawn sprints or conference stress relievers in autumnal rain. It was just too easy, the paths run both sides of the river and provide a green corridor that I could use without having to even think about navigation. That was great for relaxation because the bikes rides play such an important part in unwinding my mind. 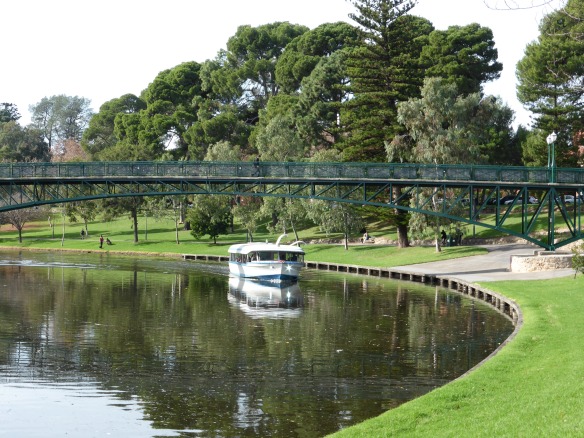 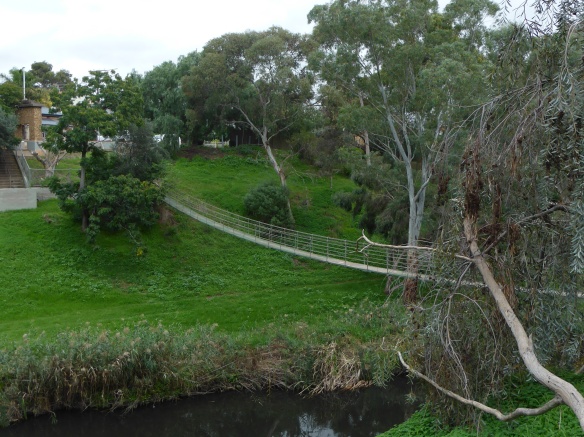 The River Torrens itself was the reason for founding this city in this spot. When the city’s chief planner Colonel Light was designing a city for the new community of South Australia he proposed a spot by the river rather than down on the coast 13km away because he knew the settlement would need a regular water supply in a country that suffered everything from flash floods to droughts.

In fact the river was for many years a problem to the city because its range was so great, the floods were prone to damaging the new city and settlement made it highly polluted.  But gradually reservoirs were built and sections dammed to create a controlled zone that served a range of communities. Now the different control zones mean that the river is everything from a wide, attractive lake in front of the city to a narrow gurgling creek at its normal level for this time of year and in 1997 the Linear Park was created as a concept for the whole length.

That has created a green corridor that varied from manicured lawns to replanted sections of natural plants. The corridors of native gum trees are particularly attractive. 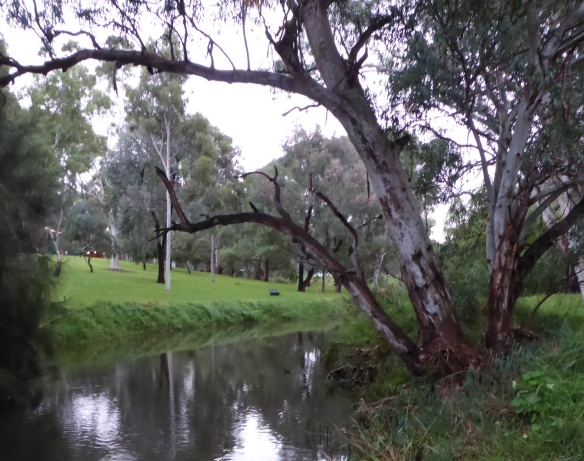 It is far from wild, suburbia is all around the corridor itself, but it is wide enough to be quiet and definitely an oasis from the roads which are not particularly cycle friendly. The upper section is a roller coaster of dips and humps gradually increasing in height until it enters a rocky corridor and the trail leaves the river to go up into the Adelaide Hills.

The section from the city to the sea gradually flattens to make it a bit easier ride which is very popular for day trips to the beach and back. None of it is hard, one or two of the embankment climbs are a bit steep but can be ridden reasonably easily on a city bike, I just rode them hard when I wanted to treat a ride as exercise.

Actually I am wrong about the quiet. The corridor is a haven for bird life. Australian bird life is fascinating but must be some of the noisiest in the world, there is a permanent racket going on along the linear park and at dawn it is deafening. 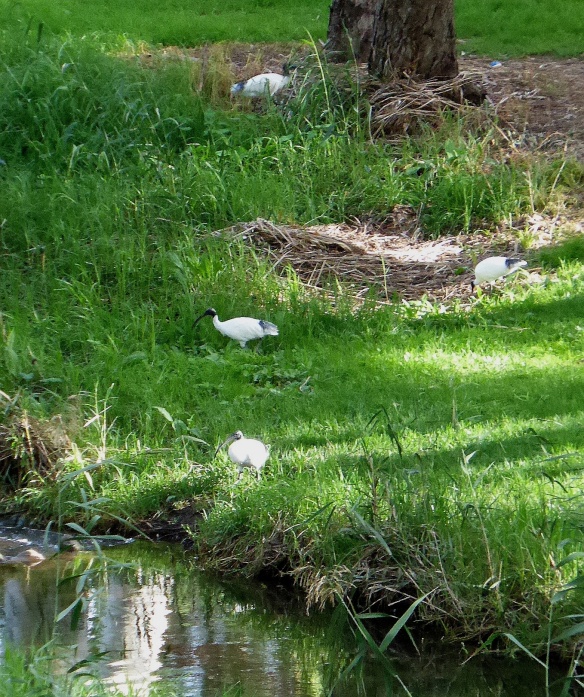 Some of it is bird song as we know it in Europe but in general it is more of a cacophony of squawks and screeches. The various species of parrot are the loudest. First you hear the noise, then you see flashes of colour in the trees. Loudest and ugliest calls are actually from one of the most attractive birds, the white cockatoos right up in the treetops, sadly too far away for a little point and shoot camera in the morning gloom but very obvious from calls that are reminiscent of monster screeches in horror movies.