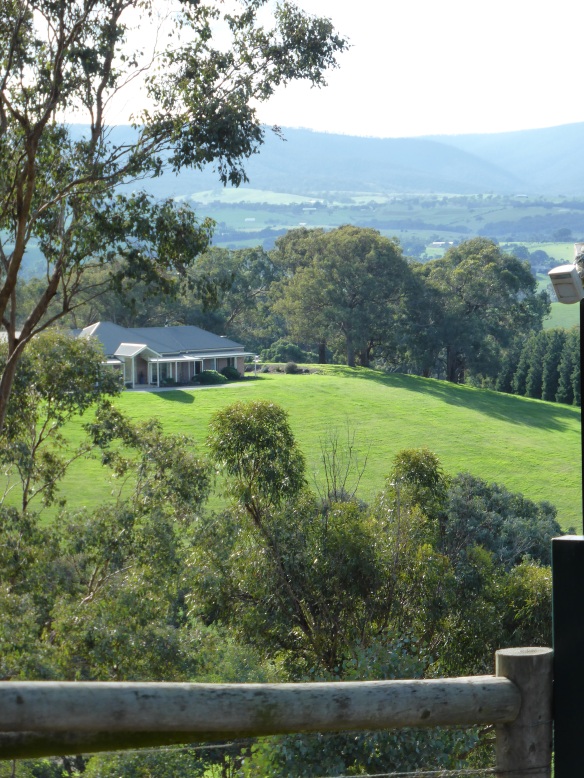 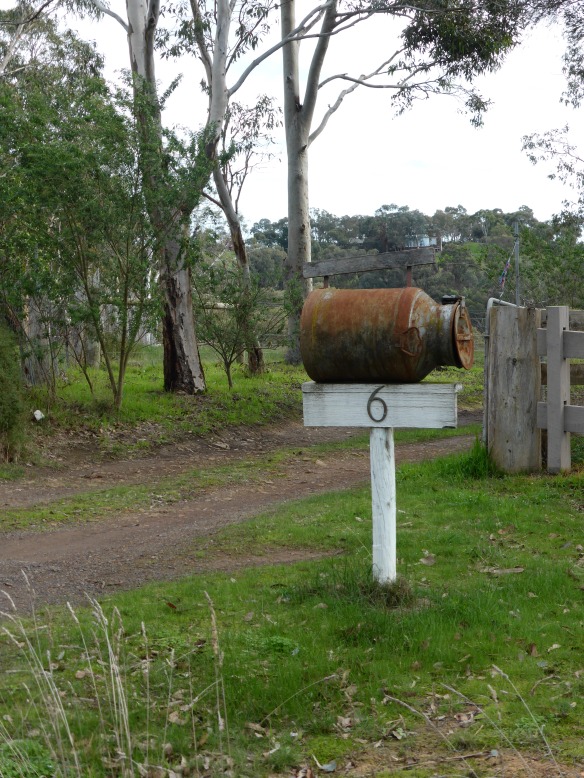 I always understood that Sydney is Australia’s glamour city in terms of tourism but Melbourne is the constant winner in terms of lifestyle.

From this trip we certainly found that our family and friends in Melbourne have developed amazing variety of settings for their lives which make for some highly photogenic short galley posts.

In my last post I took you to one of the preserved inner city suburbs, close to the beach and the centre.

This time we could hardly go further away and still be in the same city.

Yarrambat is 23km from central Melbourne yet it is like another world. It is hilly and close to the high national parks that provide a green boundary to Melbourne’s North East. It is not exactly original bush because there have been farms out here for over a 100 years and apparently there was even gold prospecting in its rivers during the 19th Century Australian Gold Rush. But the farms and the large properties have meant that most landowners have kept sections of native vegetation on their properties and there are some denser sections in the valleys. 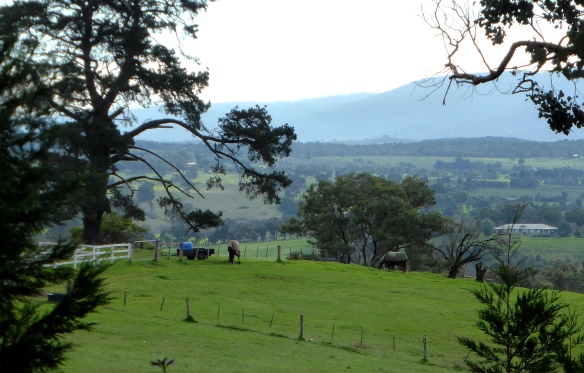 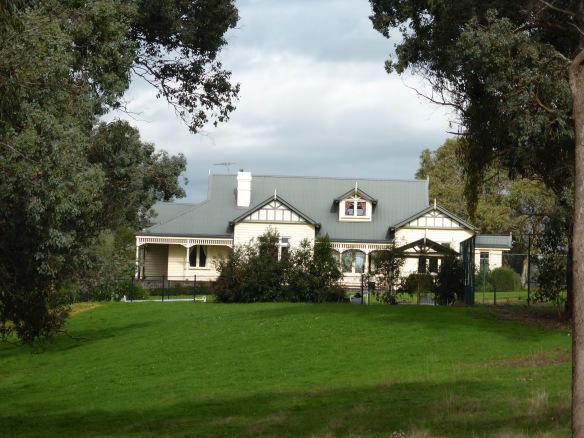 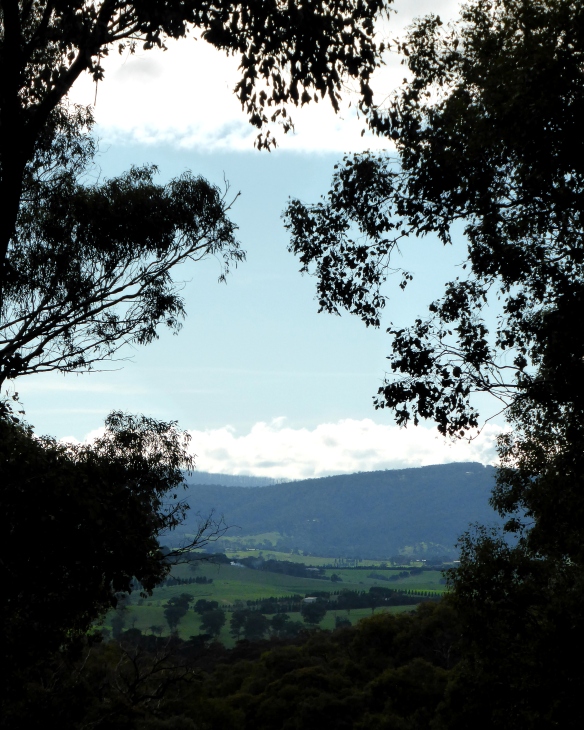 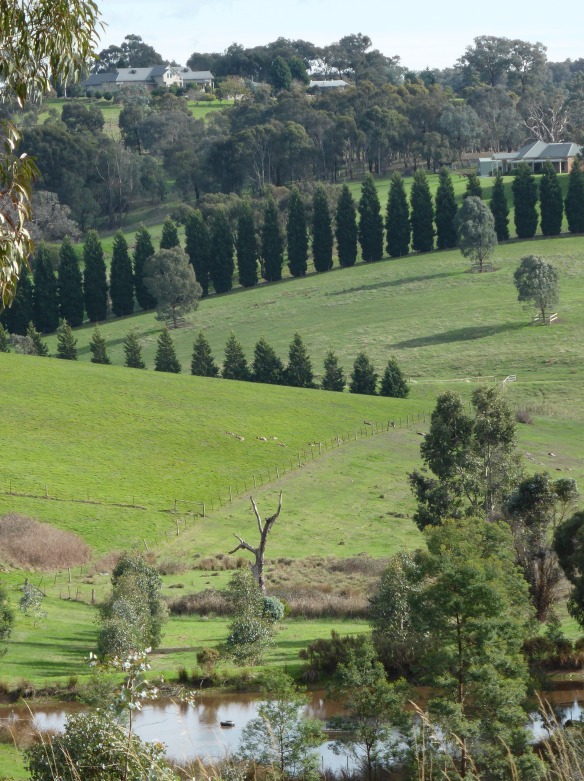 From the tops of the hills there are amazing views over the valleys which hide the slightly busier towns and give the impression that this really country living, even if it is still officially Greater Melbourne and the city centre can just be seen shimmering on the horizon. 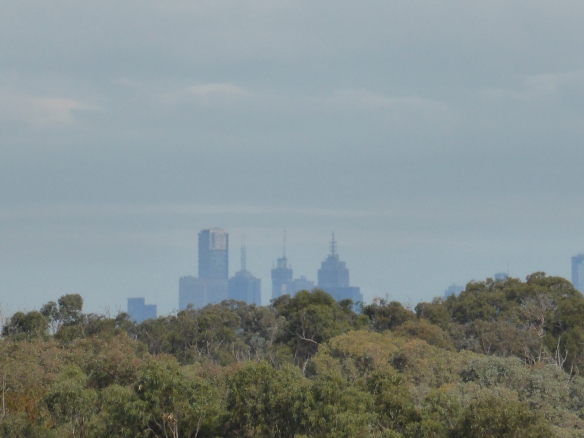 And for the tourist there is real gold out here. 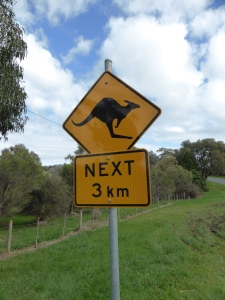 Kangeroos – in the garden. Or at least in the larger paddocks.

On one short walk from our friend’s house I saw two “troops” on opposite sides of the hill, one troop feeding and another group were just having an afternoon nap.

(I liked them, they must be the middle aged ones.) 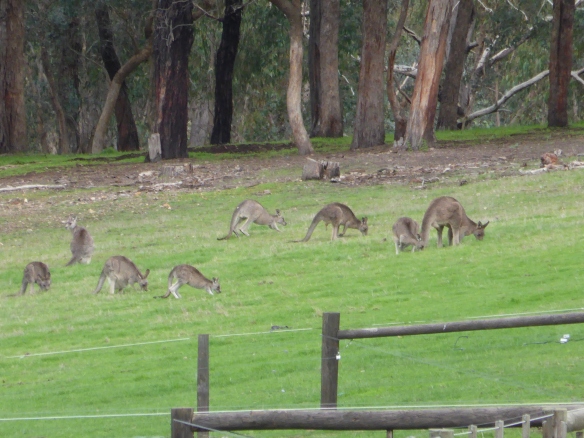 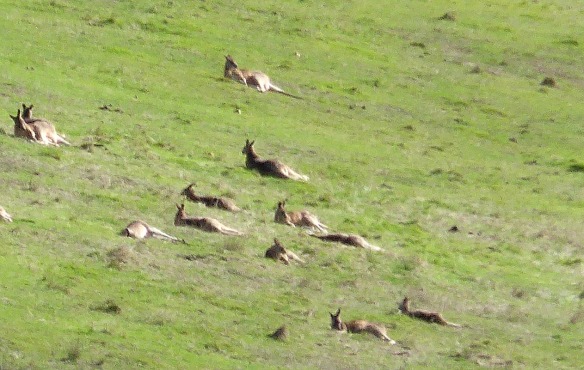