I keep wanting to write that that this trip was a “Tour of Flanders”. However the cycling traditionalist part of my brain keeps telling me that the name Tour of Flanders is reserved for Ronde Van Vlaanderen the great one day classic cycle race over in the Flemish Ardennes that I have written about several times, rather than a gentle cycling tour in and around Flanders.

It is shame if that means that blog posts like this one get found less often on search engines because this part of Flanders was a delight, living up to the ambitious branding of the Limburg Fietsparadijs. It was also busy with cyclists of all types which hopefully means that the investment is paying off for the public bodies who are promoting it, then they will do more!

As you may recall from the previous post we actually ended up spending the night in the Dutch town of Geleen, about 8 km from the Belgian border. From there we decided to take a half day and head almost exactly due East to the town of Hassalt, about 35 miles (50km) back into Belgium. The choice of destination was twofold – yes it looked like a nice route, but to be honest it was also because it was the only town in that direction that I was absolutely sure had a direct train connection to Brussels.

Firstly we had to get out of the Netherlands which involved a mix of quiet lanes and of course the sort of cycling infrastructure that could make other countries weep. In Geleen itself the ordinary town streets had broad direct paths and cyclists traffic lights at all the main junctions. 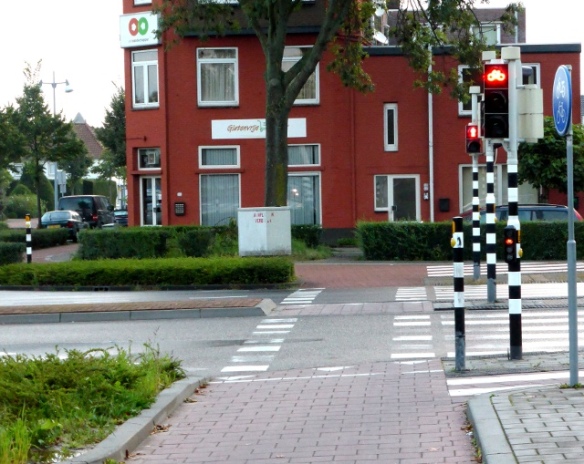 Then as we approached the border with Belgium I realised that despite the on apparent route across the valley being a motorway bridge that was where our route was taking us. And they delivered a two kilometre long segregated path with a perfect surface that was being used by the Belgians to go and ride in the Dutch Limburg hills and by people like us going the other way. It was one heck of a short cut, the alternative was miles round. 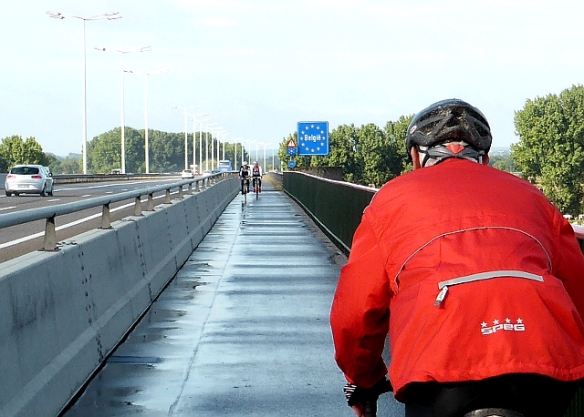 Once we crossed we dropped onto a beautiful set of paths along the river embankment which was a delight in the bright morning sunshine. 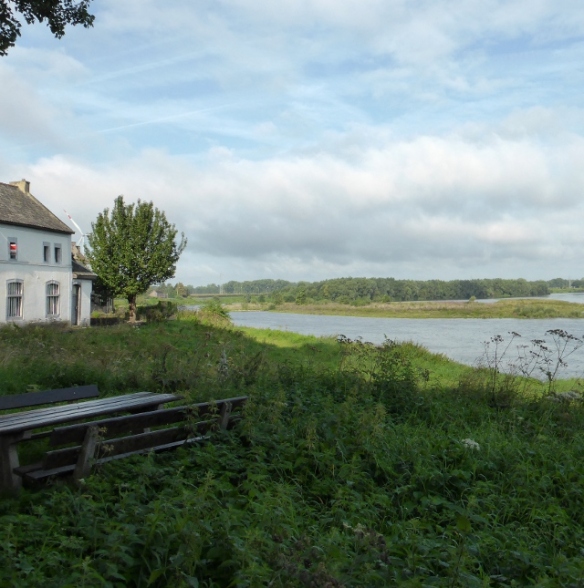 We were then headed across the Hoge Kempen National Park which is an area of woods, lakes and heathland that is Flanders only national park. I was initially wary of the word Hoge, which means high in Dutch. And then of course we realised that high round here means about 100 metres above sea level and we were treated to really attractive windy route through the trees, gradually climbing at a gentle pace to the plateau above the surrounding valleys.

After the roadside paths to get into the park we then had a signed network of completely car free forest tracks that were well surfaced but did not undermine the natural feel of the park. (As I write this there are simmering rows about cyclists taking place in England’s New Forest National Park which has some similarities to the landscape of the Hoge Kempen. If only the NIMBYs* there could embrace cycling like it has been done here.)

Around us the flowers and heather were beautiful and as we left the park we entered the next village by a tree-lined avenue. 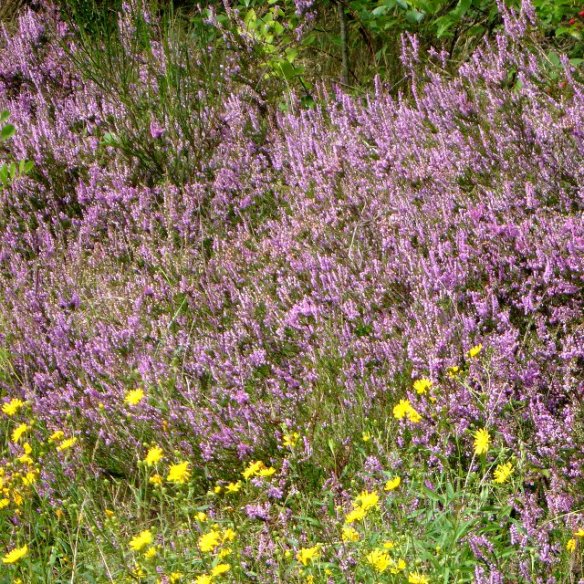 We then made our way by minor roads through to the town of Genk. I am astonished to discover from Wikipedia that Genk is quite large place because we must have sneaked in the quiet way to discover a relatively modern city centre with almost nothing happening, probably because everybody had gone away from Genk for the weekend instead of towards it. Occasionally some cyclists passed through, barely breaking pace. 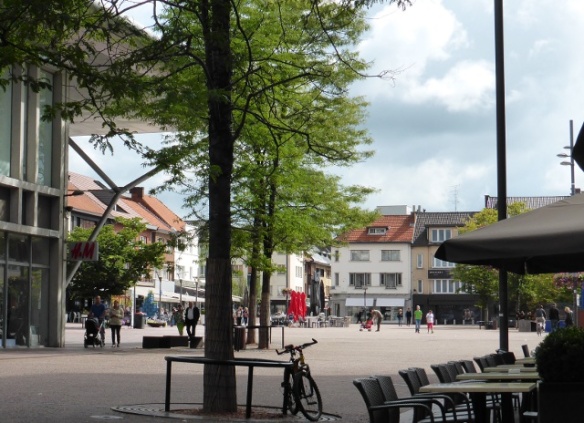 We took a very relaxed coffee and then made our way out of the city following the tourist route signs. It was all a bit suburban until suddenly we briefly went off road into a network of attractive lakes and tracks but the ever present Knooppunt  kept us reassured.

These tracks connected us through to the side of the massive Albertkanaal that we had last seen over near Maastricht.It offered us a huge wide open vista towards Hassalt, our final destination. And it offered racetrack quality cycle lanes that were clearly loved by the local speedsters who were just flying along, especially when they had the stiff wind behind them.

Unfortunately it also offered us the chance to see the building rain clouds ahead of us so we had our own small race in to the city to try and find the shelter of the railway station. I wish I could have told you more about Hassalt, I am sure it has a fine history and some interesting sights. However I took just one photograph as we were searching out the station in the rain. I was just quietly amused by the practical locals who had adopted a horse sculpture to keep their bikes dry. Quite right too! 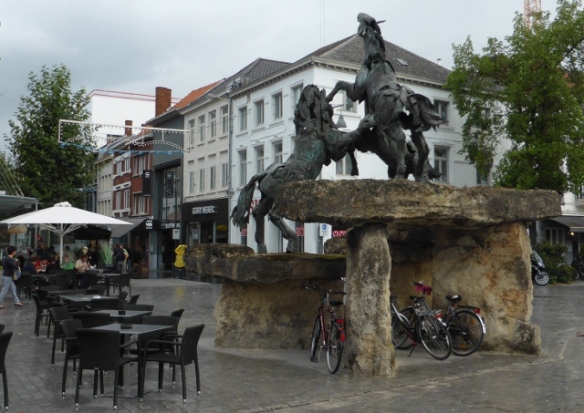 A quietly amusing end to three very enjoyable days discovering more of my (still) new home country. It just proves that you don’t have to go into the rugged wilds to get a sense of discovery. It also reassures me that there is much more of Belgium to discover on future rides.