Hey “I Do Not Despair” made it into national Italian news about cycling. Sadly I think my two appearances on stage at Italian bike shows were not the cause for the use of the quote that headlines my blog. But it was good news all the same.

Although Google Translate doesn’t offer the word “despair” anywhere I was really pleased to see the quote in use, it felt so topical after my recent trips to Italy.

I hope the Italians are able to use this momentum too, The President of my hosts FIAB is quoted saying “I do not think that Italy will return to the levels of car sales prior to 2008. It is an opportunity to change lifestyle” Because this is almost old news in northern Europe, even less confident British cyclists bought about a million more bikes than cars last year.

Lots more work to do in Italy! 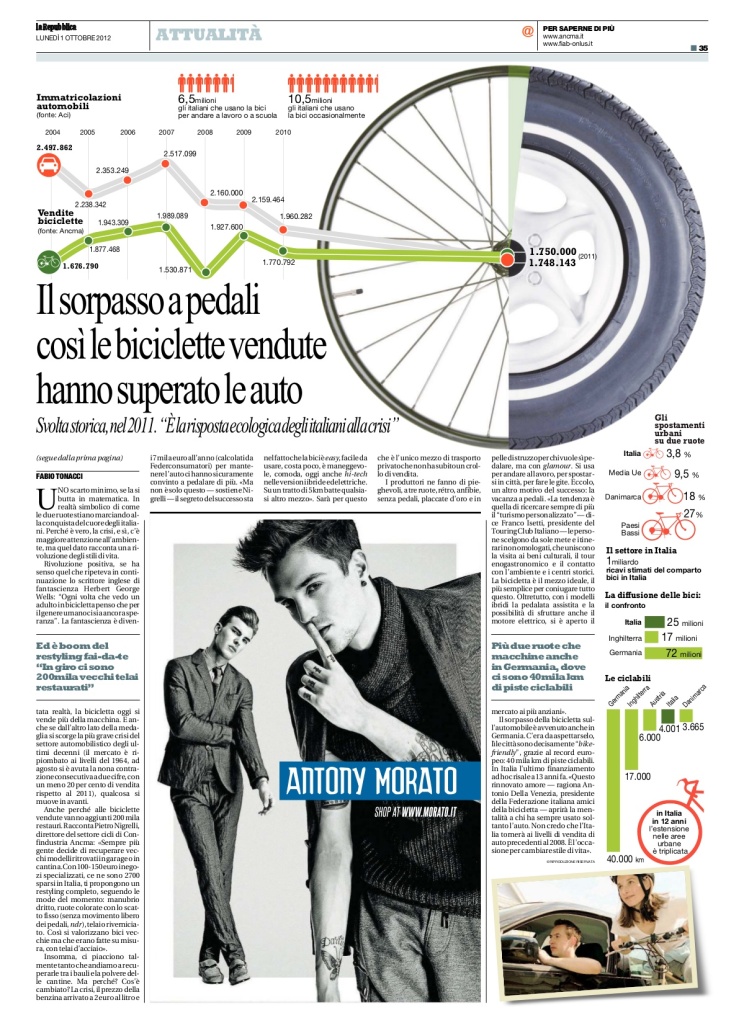