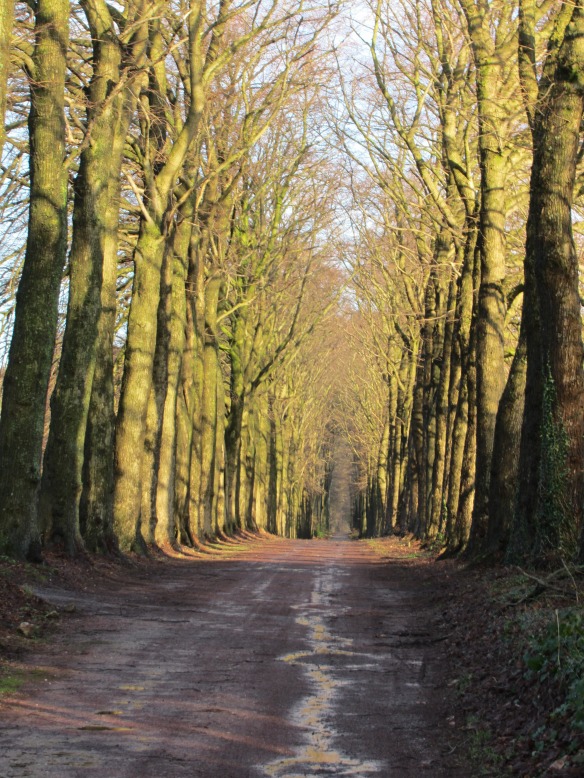 A year ago I wrote my first blog post, a New Year’s resolution to give blogging a chance.

A grand total of three people viewed it, all of whom were undoubtedly family members.

A year later I can hardly believe how much pleasure I have got from the process and how much I have learned about writing and taking photographs for other people to read. I had intended to write about cycling but it has been a lot of fun to add some diversions into food and travel.

Thanks to everyone for reading, for commenting and for just generally being polite enough to take an interest in my posts. And above all else thanks to the cyclists I have met across the world who have been such an inspiration. I genuinely do not despair every time we meet.

And because your favourites seem to be the bike rides and photos I can use my twelve month anniversary to share a few images from my annual reaffirmation of my cycling credentials, the New Year’s Day Ride. A few more readers this time!

This year’s was a solo. My wife and I walked our dog for a couple of hours in the wind and rain this morning, predicting that this was going to be the best we would get for the day.

However just after lunch the clouds cleared and a dazzling winter sun broke through which encouraged me to keep up my tradition that the year hasn’t started until the first ride. And just as in the last few rides it was a temptation to wander and take in the lanes around my new home in Belgium.

Today I didn’t set out for a specific destination so the significant memory today is just light. Fierce, glaring, reflecting off the roads and lighting up the buildings. At times I could have done with sunglasses and I was almost worried about the effect it could have on drivers. I have heard rather too many excuses about being dazzled at the scene of serious accidents to entirely relax when even I cannot see properly. However the drivers today were few and far between which made it very relaxing. 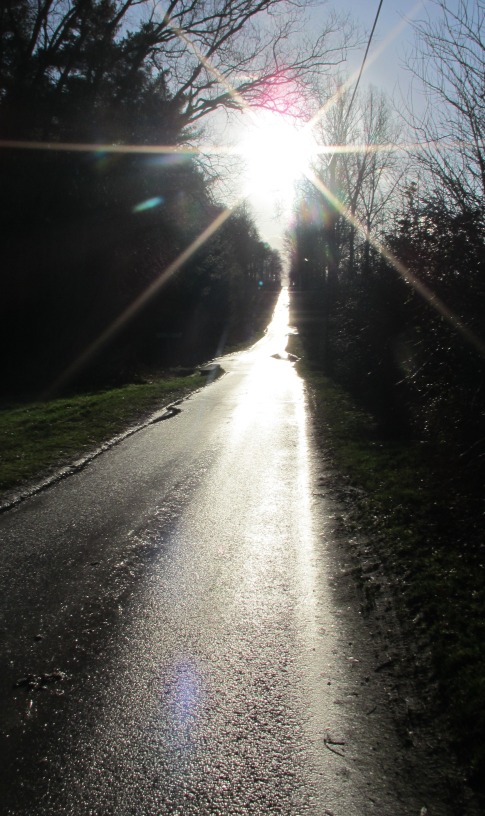 So I was able to enjoy the sunlit village green at Ceroux, the extraordinary sunlight off the roads and the beautiful avenue of trees above at Ruart. The avenue reminded me of the art of David Hockney which I enjoyed so much in April, I am sure he would have made much of it.

And the riding itself was great, a stiff wind but I deliberately took my trusty winter road bike so I could enjoy spinning lighter wheels and narrow tyres up and around the rolling landscape. It’s a survivor this one, every time I have a new year plan to throw it out somehow it survives another twelve months. £75 for the frame about twelve years ago, the seatpin and chainset stuck solid, the frame rusting in places. But it is always comfortable and familiar and I can ride it across winter roads without a care. Just what I needed.

Happy New Year to all.

3 thoughts on “Happy New Year – not despairing in sunny Belgium”