As usual I will be giving my professional reflections on last week through the channels of ECF and the feedback procedures for the conference.

But just as I have done for the past 3 years in Vancouver, Vienna and Adelaide I wanted to capture a few personal thoughts about another inspiring, uplifting (and totally exhausting) week with the world cycling community.

This is actually my 8th Velo-city, a timeline that seems astonishing to me, I had to sit and count it out before I started typing. And in that time it has become a very precious world because this is an institution, a rolling snowball of friends and supporters. Every year a few melt away but as the sticky snowball rolls on it collects new layers of people all of whom are passionate and excited about the possibilities for cycling to be stronger in their cities and countries.

However firstly a brief reflection on Nantes itself.

Nantes itself was a relatively unexplored backdrop to this year’s event. Although it has worked very hard on building it’s cycling reputation in recent years fewer delegates had been there, unlike for example Munich or Copenhagen.

What we found was a city in transition, some bold moves on transport policy challenging the stranglehold of cars on the city. An almost car free city centre enabled the historic squares and buildings to be enjoyable places to mingle. In front of the Chateau of the Dukes of Brittany huge areas had been cleared of cars to allow people, trams and buses to have priority so restaurants and places to sit have spilled out into the public space. 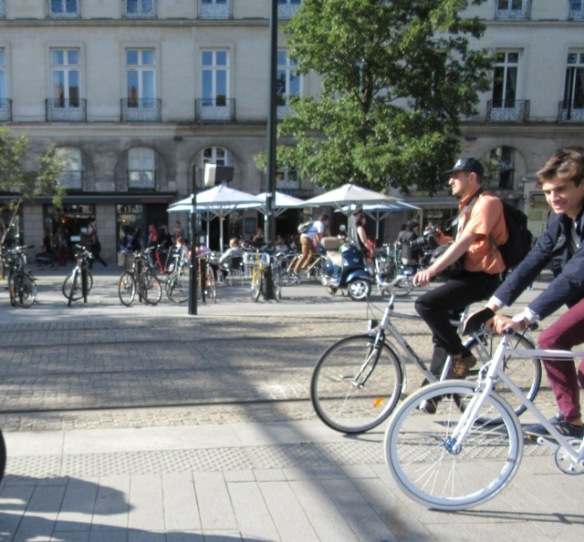 It would be easy to criticise the cycling infrastructure if one started from the starting point of the Netherlands or Denmark but there was a lot more of it than the average British city and it was generally wider and better maintained than where I currently live in Belgium. The main comment I would have was that at times it was a bit disjointed, no one section seemed to have been designed in the same way and some of the junctions and transitions were far from intuitive. In places I suspect there were two generations running alongside each other because there were cycle paths on the pavements and cycle lanes on the road at the same time.

Some was however outstanding. The cycle routes and bridges along and across the Loire were wonderful corridors for any sort of cycling. If I lived there I would go out of my way to cycle along the river bank every day as part of my commute, the ever changing weather means no day is the same. 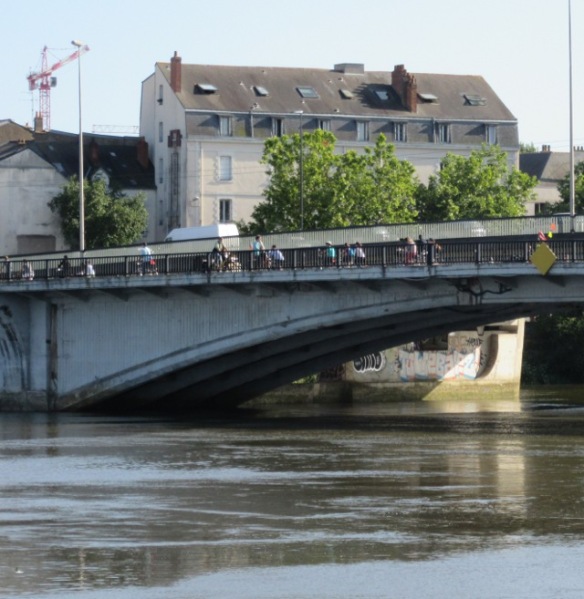 There was also a really nice combination of bus corridors and bike lanes. Instead of squeezing the favoured modes of transport to the side of the road there were sections of beautifully smooth high speed corridors that cut through everything with a real sense of status. I liked that.

I was hard to really judge how much cycling levels are responding to the changes because I didn’t see significant numbers in the main areas where I was staying and working. But the city exploded with record numbers for the Velo-parade – perhaps double the level of Vienna, a city over 3 times bigger than the whole Nantes Metropole. That shows incredible potential.

My conclusion would be that the city leadership here is very serious about change and they have a real commitment to getting things done. It will be great to come back here in a few years’ time and follow their progress on cycling, it could be spectacular if they link it all up really well.

It is a funny thing, but the more Velo-city conferences I go to the less time I spend in the conference sessions listening to speakers. That is mainly because of the human pressures, nowadays I am so busy holding side meetings or preparing things I try and balance my time quite carefully.

However when I do go to sessions I am always delighted when I find some real gems. Nantes introduced a great new format this year based on the TV talk show, four people sitting round in armchairs chatting to a host. This was less formal than the speeches in the main plenaries so it worked really well with some of the best raconteurs at the event. Even better it was being recorded which means we can go back to those sessions and catch up with the interesting speakers. 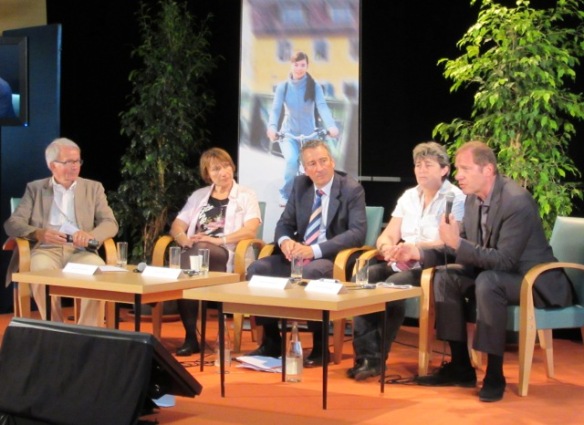 There were two really good discussions in that format which brought two relatively new communities to this world of cycling advocacy into our discussions.  From sport Director of the Tour de France Christian Prudhomme was chatting with Martin Gibbs of the UCI and two French activists and top cycling businessmen Tony Grimaldi and Jeroen Snijders Blok bantering with Klaus Bondam of Copenhagen and Vicky Yang from Taipei.

In the main plenaries I was particularly impressed by the visionaries, the people who lifted the room through their passion or their oratory. “Future makers” we heard from Manfred Neun on the first day and then people like Amanda Ngabirano from Uganda who can fire everyone up with her energy.

But the overall impact of Velo-city still comes back to the community. Workshops, meetings, dinners, parties, it doesn’t matter where you go you are having conversations. Even on our first night we were apologising a bit to our members because our restaurant was so crowded they couldn’t mingle, but I was told not to worry because the conversations in the food queue were great!

And what I also liked was the tone. It doesn’t matter what your opinion is, you were given a fair hearing, debate was always supportive and I got the impression that people were there to learn, not criticise. That was such a pleasant contrast to some cycling debate at the moment which is so purist about certain approaches to infrastructure or safety. 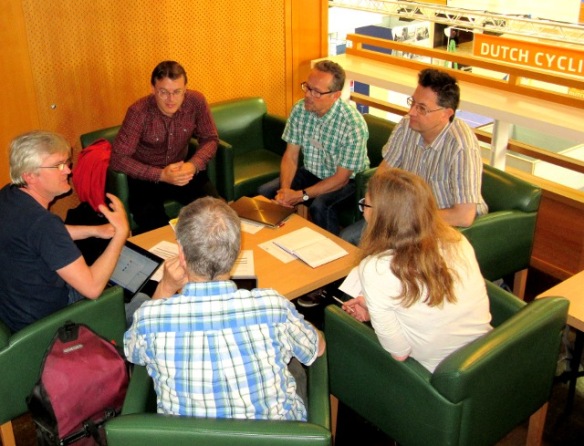 The parade itself was not only fun because of the thousands of riders, but it was a wonderful melting pot. I have enjoyed myself flicking through the photos again today and discovering someone I know I just about every shot. 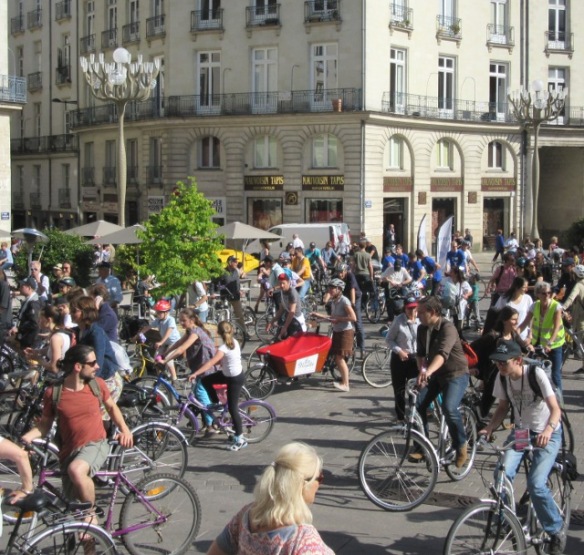 So I talked, debated, encouraged and prompted. From 8am to midnight. (Or was it later?)

Now we rest. At least for a few days.

To see and hear more I recommend nearly two hours of interviews here from author Carlton Reid (author of “Roads were not built for cars” – reviewed here). I features great speakers like Christian Prudomme and Mr Copenhagenize himself. Just for my family I am on ten minutes from the end!

Also this drone footage of the parade

The official video of the parade

I will add official film footage of all the speeches when I can find it.