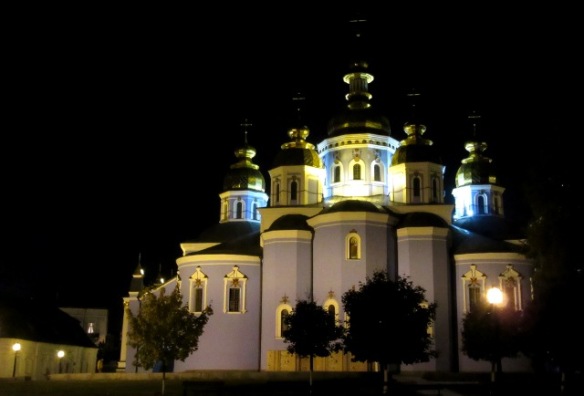 Next stage of my Eastern European tour and I am in Kiev, capital of Ukraine.

But it is a very different tour to the one I had in 2012 when I had a day or so for tourism and a bicycle tour. This time I only have a stopover on my way to the annual Veloforum conference in Kharkiv, which means I only have a day and half here. This has been intensively scheduled by my colleagues in the Kiev Cyclists Association so I cannot easily sneak off to be a tourist.

However after the day’s work I needed a break, which definitely had to be outside, despite the biting cold wind. 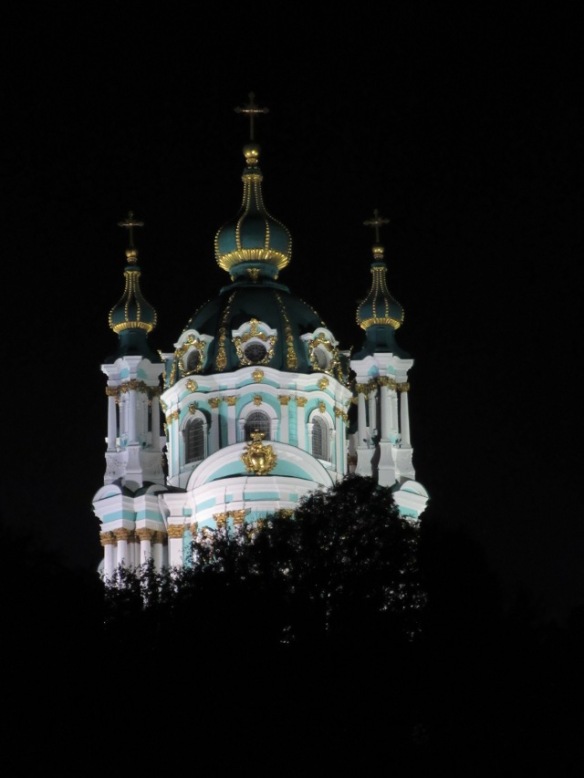 From the lower city I found myself looking up at the shining dome of the St Michael’s Monastery on its vantage point high above the city, which seemed a very good excuse to get on the funicular railway that has transported citizens up the steep slope from the lower city since 1905. 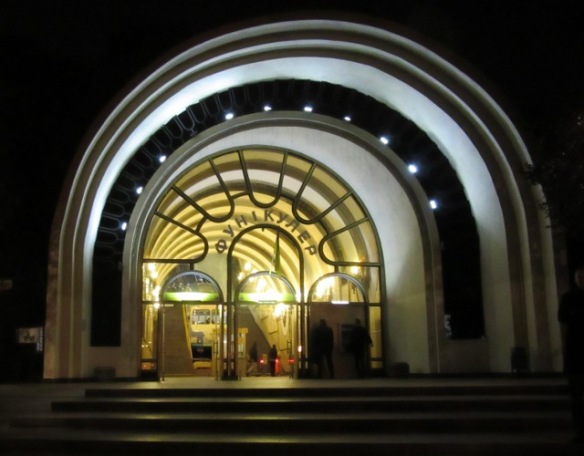 For a tiny price (about 10 cents) I entered a detached world of decorative delights. The Funicular itself runs from entrance halls that are a brass and tile tribute to early 20th century modernism. 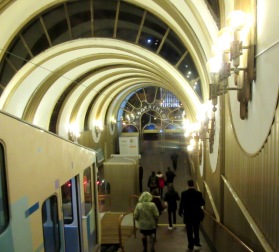 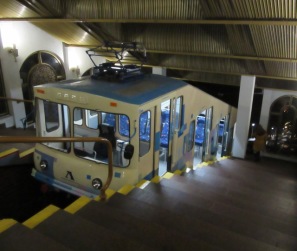 Then it emerges onto a flat plain beside the golden domes of the St Michael’s Monastery complex which dominates the area. 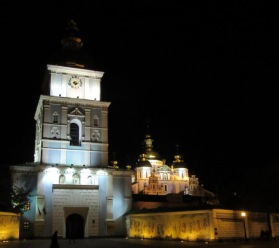 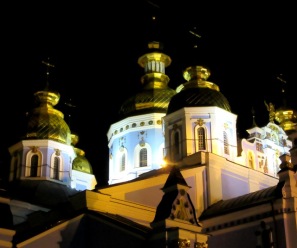 Wandering around for half an hour I was able to glimpse the river bank and old city below protected by the statue of St Vladimir and some modern styling trying to match the grandeur of of the religious buildings. 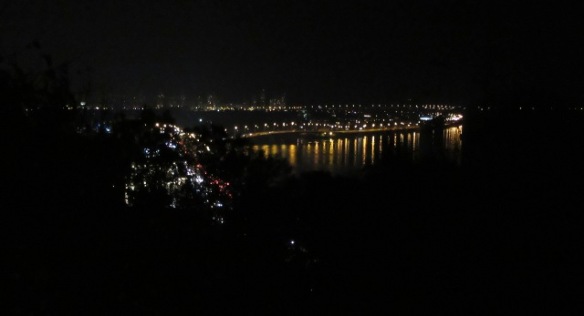 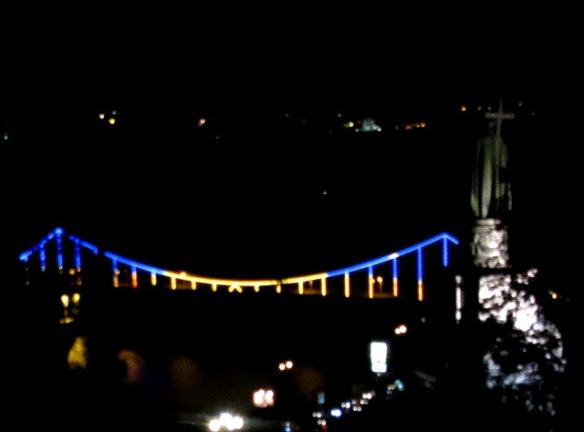 It was freezing up top so I jumped back in the carriages to find myself a snug spot for dinner below, fully refreshed and with my craving for a small taste of the historic city satisfied.