The city on the lagoon.

“La Serenissima”, the serene one.

One of the world’s most iconic tourist sights. Or a city swamped in tourists creating an ecological nightmare?

Let me put my personal cards on the table. I have only been to Venice a couple of times, but I have fallen for it. I think it is a wonderful place, different from anywhere else, including all those that claim to be “the Venice of the North” or South, or East, or West.

Our short break this week showed the contrasts, but also confirmed my view.

First let me make the case based on the stuff you read in the guidebooks, or of course on Tripadvisor or any other online holiday guide.

I mean, where else can you get a water bus from the city centre to the airport? It is a great start or finish to a holiday and sets the scene for a water based experience. 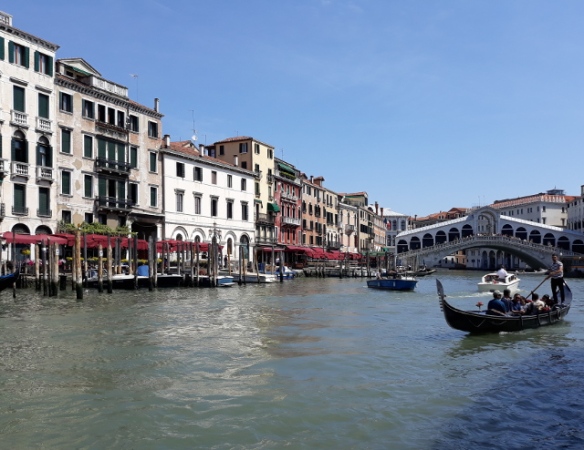 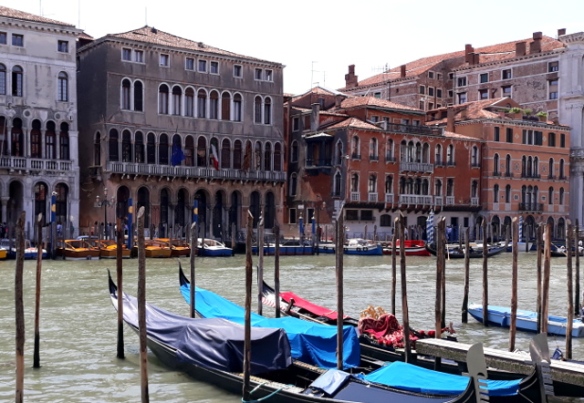 The Grand Canal is a riot of colours, boats and grand palazzos fronting onto the water, and you can enjoy it just by jumping on and off the bus, or rather the vaporetto, the floating bus services that ply their trade around all the main waterways of the city.

Even better the vaporetti pull out a bit from the shore as they swing past the city’s focal point at St Mark’s Square, giving amazing views of the huge churches of San Giorgio Maggiore on a facing island and Basilica di Santa Maria della Salute dominating the entrance to the Grand Canal.

When the skies are blue the settings are magical. 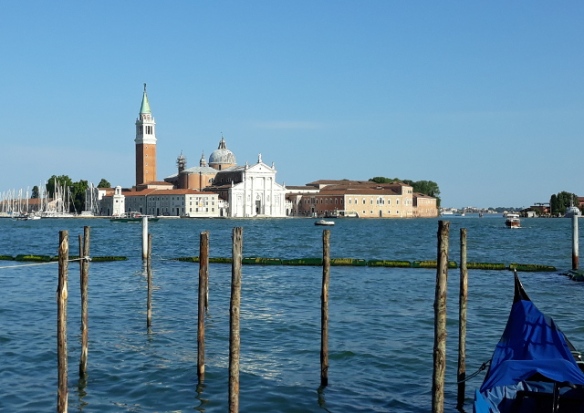 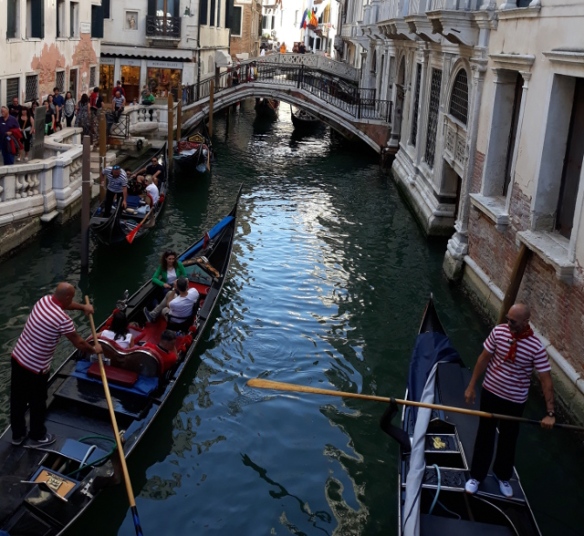 Bridges and canals are everywhere. Gondoliers ply their trade around all the touristy canals, keeping alive a means of transport that was once reserved for the rich and now providing the city with one of its iconic images.

The Palace of the Doge in St Mark’s Square was the seat of government for one of the richest city states of the medieval period. It is rightly one of the most visited attractions, providing a visual feast with its grand scenes of Venetian life and the many finely decorated chambers of the courts and elected bodies of the Venetian democracy, not least the huge Grand Council chamber.

The colours and riches of the city are also reflected in the carnival masks and the costumes. While some stalls are clearly selling tourist tat, the best shops show stunning craftsmanship.

The seafood is exceptional, washed down with a wine from the Veneto region recommended by your waiter, while sitting by a canal makes for a special evening.

The downside of this fame is crowds. And it is certainly true that Venice has a reputation for being packed in the summer, when it is apparently made worse in summer by high temperatures and sweltering humidity.

I haven’t been in high season, but we could see the evidence, around the hot spots of the Rialto bridge and St. Mark’s Square there was an overload at times, especially with tour groups who were painfully annoying as they noodled along. 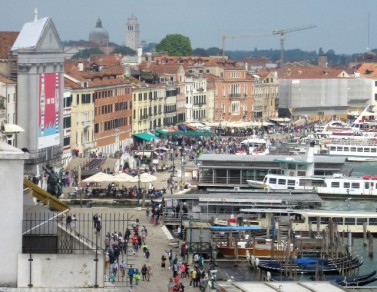 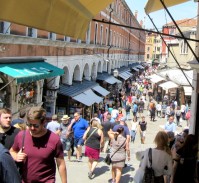 The blame for the concentration of groups and short stay visitors who only go to the hot spots is put fair and square on one market – cruise ships. There have been various attempts to restrict or ban them from the lagoon for both crowding and environmental reasons and some companies have accepted self-regulation. But not all, and for me it was an extraordinary sight to see one of these monsters dominate the skyline of a world heritage site.

However the captive nature of the cruise ships means that the mass of the people are genuinely stuck, they don’t have much time to wander and they stay around fixed locations.

We were astonished just how easy it is to get away from the crowds. We stayed in a moderately priced one-bedroom apartment in a tiny traditional cul-de-sac just ten minutes’ walk from St. Mark’s Square, and we could have been in another world.

The Vaporetto offers services which also circle Venice to the north and link to other islands. The north and east of the city offers a more of a working shoreline, so less touristy than the south, but sights offer a real insight into how the city operates and the boat offers beautiful seascapes, especially in the evening.

Because of our location we spent a lot of time strolling the streets of the district called Castello, which makes up the eastern end of Venice. The main feature is the Arsenale, the former military zone which housed Venice’s formidable navy, around it are squares and canals that are almost untouched by the tourists. 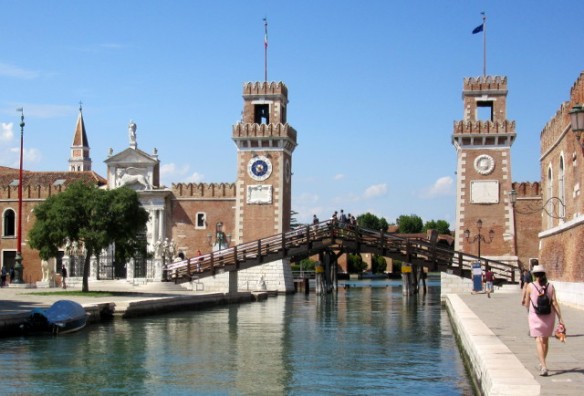 It is incredibly easy to get lost and half the alleyways seem to be dead ends, but the atmosphere is delightful and such a relief after the busy spots.

Any of the church squares could be a famous location if this was not Italy, or indeed not Venice, but here they were oases with children kicking footballs and old folks chatting to neighbours. (Hint – no cars – makes life on the streets possible!) 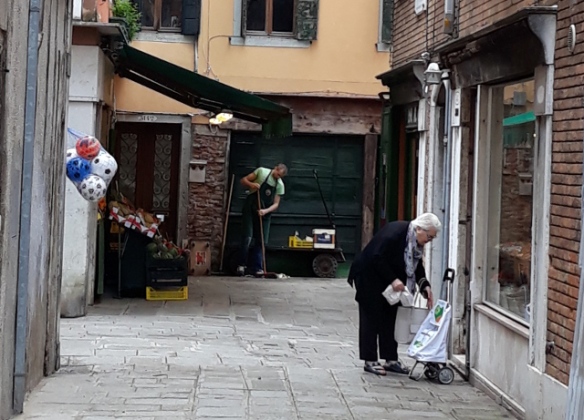 The main thoroughfare of this end of Venice is Via Garibaldi, a filled-in canal that offers a wide boulevard lined with nice restaurants but offers a wide, open perspective unlike any other street in Venice.

One afternoon we came into the east by the vaporetto service which has a stop on the separate island of San Pietro and offered a peaceful meander through residential back streets and the quietest of canals into Via Garibaldi.

Part of this area has become the home of the Venice Biennale arts festivals, so I am sure it can become busy when events are on, but this week it made for a pleasant stroll in the park.

How can you beat it – Venice, but quiet, peaceful, almost tourist free? Yes honestly.

Cheryl suggested that it was perhaps not right to talk about it because we want to go back and we hope that those back streets of Castello keep their special nature. I agree to an extent, but as ever I also want to share when I find something special.

Go. Find your serene Venice. It’s worth it.