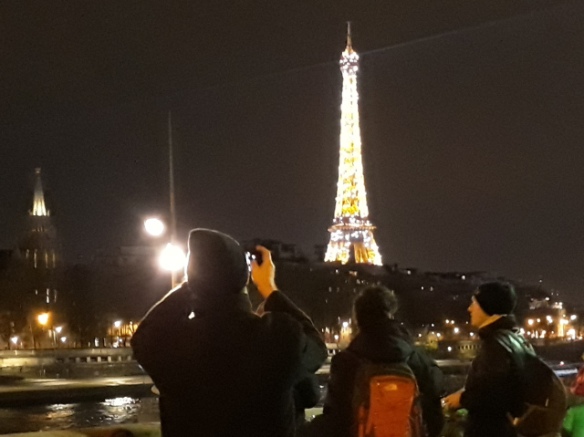 I spent Friday and Saturday of last week at the centre of one of the news stories of the weekend – the invasion of Paris by “gilets jaunes”, the yellow jacket protestors against the French government.

However, our group of campaigners and protestors brought an entirely different message, because this was the annual workshop for the ECF Leadership Programme, where we bring together a group of some of the “up and coming” cycling advocacy organisations in Europe and work on common problems of growing and changing organisations. This year we were joined by representatives from Slovakia, France, Portugal, Italy, Estonia, Slovenia, Croatia and Bosnia Herzegovina, a true melting pot of cultures, ideas and enthusiasm. 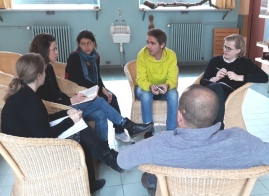 We did hit the streets of course, because the annual guided ride with our local hosts is always a high spot of the workshop, combining the inside track on the cycling issues of the city with the tourist backdrops, which in Paris are of course pretty special.

The difference is that we went out on Friday night when the city was preparing for lockdown, so we still had our freedom to move. And of course we were welcome guests, starting the ride from in front of city hall and supported by our hosts from the Paris city administration including ECF’s President Christophe Najdovski, Deputy Mayor for Mobility and Public Space.

I was in Paris in August where I saw some of the recent city developments for the first time, as I posted at the time. But this was different because we got the inside track on some of the projects and a running commentary from the local advocates as well as input from the city hall staff. 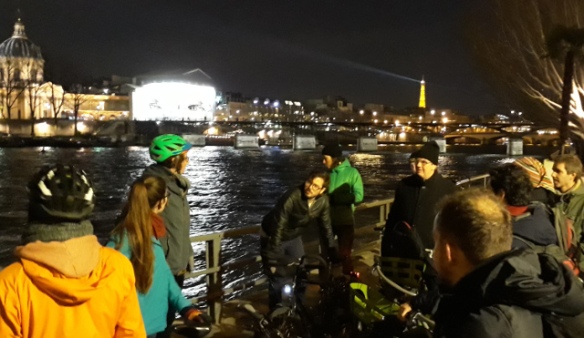 As ever the River Seine was wonderful under the lights, but made extraordinary by being able to ride traffic free along the banks and ducking through the closed tunnel to emerge near the Place de la Concorde where we boldly took on the taxis and buses. 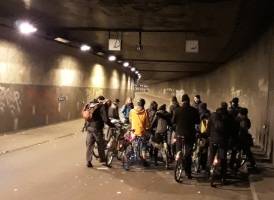 Rue de Rivoli is the site of one of the flagship road conversions, with car space being taken for both wider pavements and a cycle lane in each direction.

However I have to say my high spot was a cycle route that hasn’t even been started yet. Cycling along the Champs Elysees under the Christmas lights was fantastic, and because we had a big group we took over the whole inside lane and the cars stayed away, making it a spectacle of delight.

The idea that this iconic boulevard will have a proper facility for cyclists in both directions is a statemen of how deep the changes towards cyclists in Paris will go, it is so inspirational for all of us on the trip to imagine it as we stare out into the current four lanes of cars.

Worried family and friends were sending messages of concern into the group all weekend, hoping we were being sensible. We were constrained on Saturday – our venue was not far from a flashpoint at the Centre Pompidou so the doors were locked all day and we had some difficulties with closed bike share stations.

When we came out there was an odd smell in the air, the origin becoming clear as we observed a flash point in the distance. But cycling advocate don’t smash up cars these days (so old-school). We went to the pub to celebrate international fraternity in changing cities and countries towards cycling. A much better idea.