About a year ago I wrote my Tale of Two Italian Cities post about how two cities just 50km apart could be so different were in attitude and approach to cycling.

I had a similar experience last weekend.

On Friday I got on a train from Brussels and travelled 40 minutes North.

On Monday I got left from the same station and travelled 40 minutes South.

In both cases I didn’t really have an opportunity to travel into the city centre so I had to draw my conclusions about cycling from the immediate vicinity of the station. You might do so too. 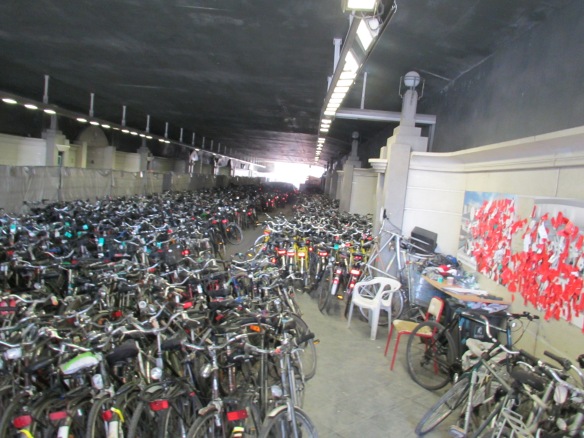 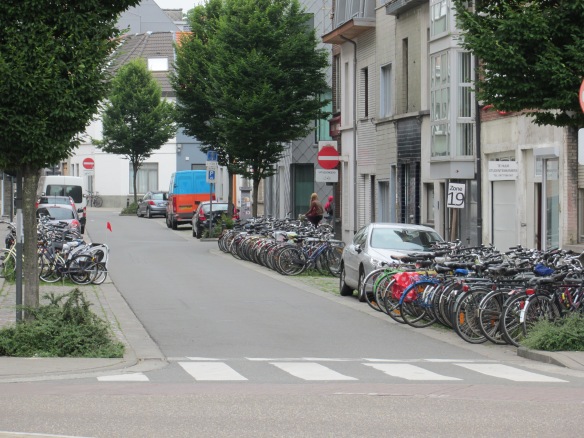 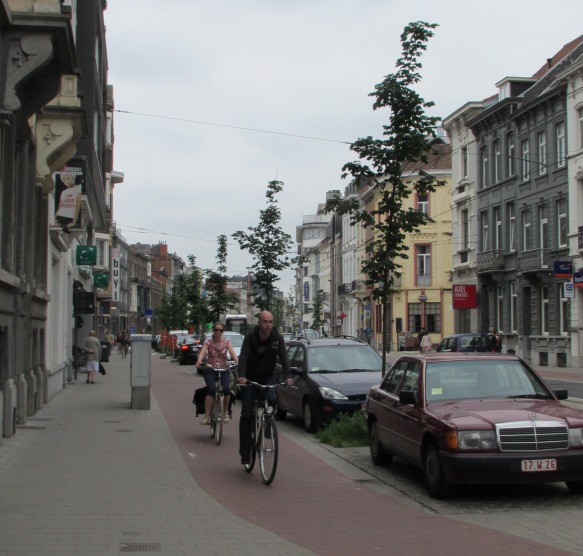 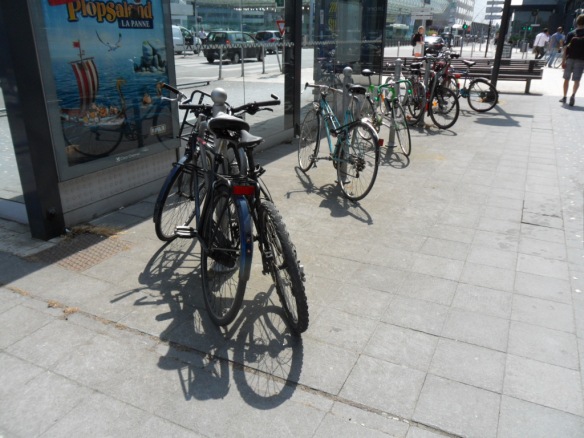 Maybe it is time to regain a little friendship from my colleagues in Flanders, for the apparent cycle friendly mecca is indeed Ghent.

The struggling cycling metropolis to our South is Lille, in France.

To its credit, it does have L’ville, an extremely good Bike Sharing system at the station, operated and supported by Decathlon cycling subsidiary B’Twin which is based in the city.

Personally I enjoyed my ride in the sunshine despite being limited to the industrial outskirts of the city but it is perhaps symptomatic of the limited progress by France as a transport cycling nation that the provision was very disjointed and there was such a woefully low expectation about cycle parking at this major transport hub.