When I was in Oslo in August I was of course very keen to get a flavour of local cycling, in particular because I had been told that cycling in Norway is quite distinct from the Danish and Swedish cultures that sit at the top of most European league tables for daily cycling. My favourite form of people watching of course.

This may only be a four day snapshot but in my opinion Oslo was definitely distinct, not only from its Nordic neighbours but perhaps unique in Europe?

My first impressions were gained sitting in a morning taxi. I was able to see a very attractive cycle route running alongside the Oslo Fjord which was obviously a busy commuting route into the city. And immediately it passed the Idonotdespair test, yes there were adults on bicycles so I had to be delighted.

But I had to pinch myself, it appeared I had fallen asleep somewhere and woken up in Australia, not Europe. Every cyclist I saw on that trip was on a sports bike or mountain bike, dressed in sporty gear, wearing a helmet and apparently treating the ride as a workout. It could have been any of the cycle routes in Melbourne or Sydney I saw last year.

Some of that I expected, I had been told that the Norwegian bike market is dominated by sports bike sales and a huge proportion of those are mountain bikes because people feel they need a mountain bike for the deep winters and for riding out into the surrounding forests. I also know that the mode share of bikes as transport is significantly below Sweden and way below Denmark, so city bikes are much less common and I don’t think I saw a folding bike in the whole trip. 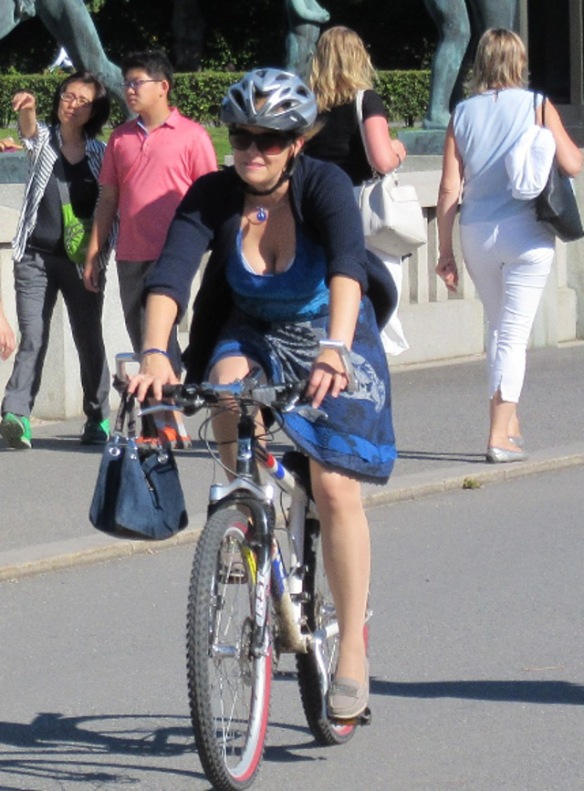 Even though I had been warned my first impression left me a bit shocked and I was concerned for our cycle campaigning colleagues in the country, perhaps Norwegians have the blind sport about everyday inclusive cycling that seems to hold back cycling in countries like Australia and makes policy work really difficult. I would have thought some influence had crept in from the neighbours? (The construction of this blog post is a bit bizarre, because I am writing it in a hotel room in Copenhagen where I can see a stream of Danish cyclists below my window, so the comparison is strongly etched in my mind even if the trip to Oslo was two months ago!)

Fortunately over the next 3 days in the centre of Oslo I did see much more of a balance, there was the appearance of some urban cool and utility cycling, especially the users of the city’s shared bike scheme. 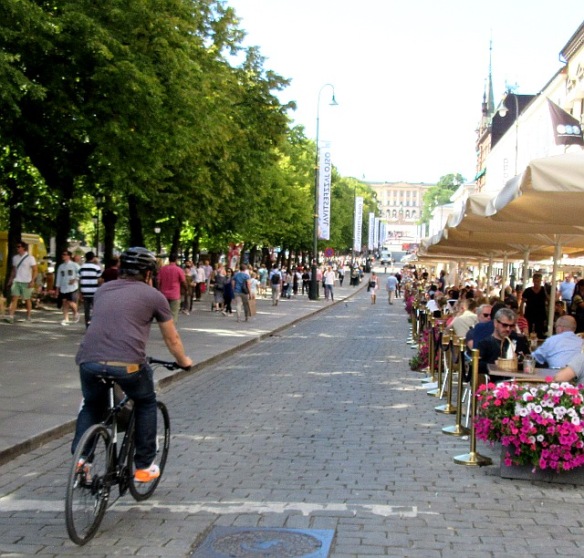 Those bikes are some of the original Clear Channel design and they definitely don’t lend themselves to a sporty look. However even that threw up a question – were many of the cyclists in day clothes and on shared bikes visitors? 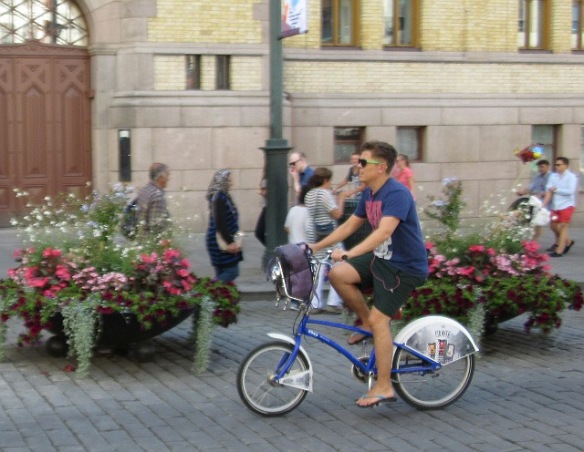 It was a warm day when I watched riders cruising around the Vigeland Sculpture Park so they were generally dressed for summer in the park, but those passing though were still pedalling hard, the bikes were still mostly mountain bikes and most people were wearing a sweaty plastic lid even in the quiet park. 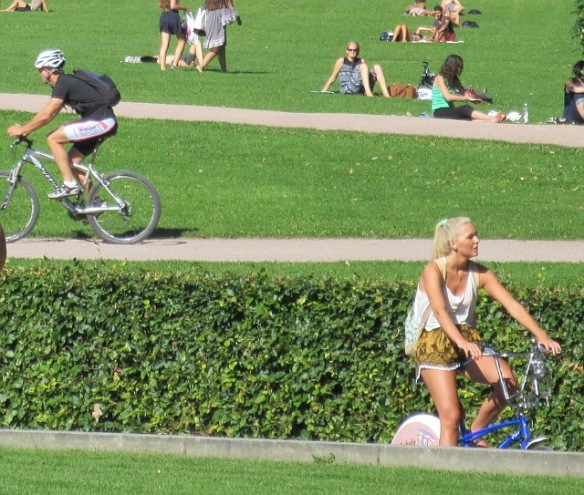 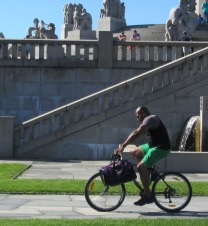 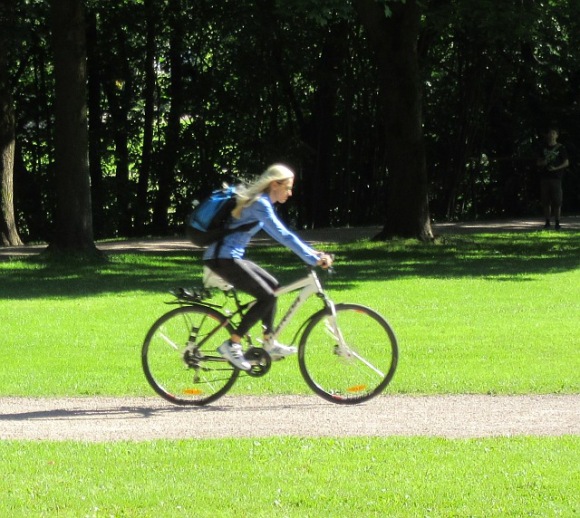 As well as my short impressions from wandering about the city I spent two days working with colleagues at SLF, the national cyclists association and it was fascinating to get their perspective on the forward direction and challenges too. I was impressed by their understanding of the challenges ahead, they know that they need distinctly Norwegian solutions for cycling here. That a huge proportion of the riders here behave like cycling is a sport even when riding in the city sets some interesting long term challenges for building a mixed cycling culture and economy.

Only cities where cycling is as normal as getting a bus have built really high levels of cycling as transport. It will be very exciting to see where cycling culture goes in Oslo when they enact their recently announced plan to clear cars and build hundreds of kilometres of cycle lanes.

It will be an interesting case study for other countries with a similar starting point if the Norwegian capital develops a broad and inclusive cycling culture from its current base. Personally I think it is going to take a great deal of “normalising”, but it is going to be well worth watching a lot more Norwegian cyclists in the coming years to see what happens. I hope they invite me back before 2019!

2 thoughts on “A short look at Oslo’s cyclists.”