On January 1st 2012 I published the first, tentative post on Idonotdespair.com

To celebrate my fifth anniversary I have gathered together a small collection of favourite posts. Firstly your top 5 – the posts that have gathered the most visitors,some because they were very popular at the time and some that just continue as old friends, gathering a few clicks every week.

And secondly five for me, some of the posts I have most enjoyed writing, including some that I wrote back in 2012 when only a few people were reading, perhaps I wish I was writing them now because more people would see them.

A celebration, and a thank you.

My son helped me set up this blog as a way of capturing a significant change in my life, a move to Belgium to join the European Cyclists’ Federation.

It was also a way of changing how I talked about cycling, and a bit about life in general. Comments by some friends had told me that working on the the policy and development of cycling and having a formal role in a large organisation means I had spent most of the previous 14 years communicating in a very formal way through official channels. What may have got a bit lost was my personal passion for cycling, for sport, for travel and above all else for meeting people who care deeply about their communities and the places they visit.

I was really not sure whether I had enough to say that would make anyone listen or follow, and looking back at my first tentative steps I can see that my writing and use of the technology to show photos was very clunky.

Five years and nearly 500 posts later I am astonished how much I have enjoyed this and how much my community of readers has become more like a bunch of friends, especially you, my regular commenters who have encouraged me along with your feedback. I don’t always get time to read as many of your blogs as I would like, but I want to say thanks for your inspiration too, I have learned a lot from your trips and travels.

So here they are – ten favourites from five years.

Undoubtedly the post that brings the most traffic to the blog year-on-year. And its a classic example of that one line that just seems to have struck a chord with readers. For me it just captures one of the more unusual jaw dropping moments of the last five years. Ask me back then if I could be blown away by parked bikes – no that should not be possible, but in Utrecht it most certainly was.

I even got a boost when the Tour de France visited Utrecht in 2015 because the helicopter cameras hovered for moments over the cycle parking and a few moments later my blog traffic peaked as watchers hit search engines to find out more, clearly I am not alone in my astonishment.

“The unprepared tourist, an afternoon cycling in Berlin” from January 2013

The popularity of this post seems to be because it shows how it is possible to just jump on a hired or borrowed bike and take a trip in a new city without much preparation – pretty much the story of this blog! By contrast other search engine listings for Berlin really promote commercial cycle tours, which perhaps people avoid when they are searching for ideas on cycling.

For my memories it has two roles. The day in Berlin gave some powerful impressions of the city and a pause for thought about how cycling has developed its own path in Berlin. As a post it was a model for many more city impressions from all across the world.

The best of the worst: Cycling for Australian Extremists from July 2014 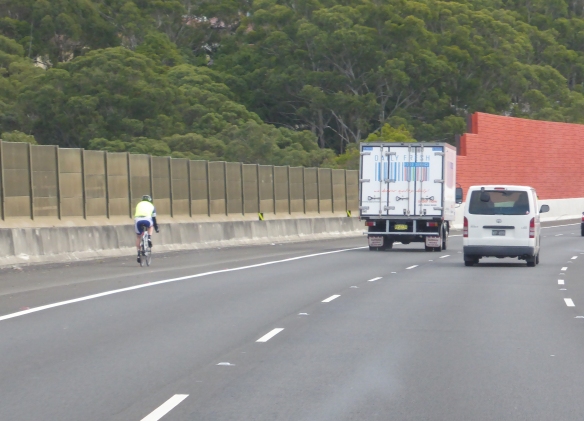 One of the rules I set myself when creating I do not despair was that I should use it as a positive space, somewhere to share the things that uplift me when I travel.

But, but, but….. sometimes its hard not to let off a bit of steam or express my amazement when I see things that I just can’t comprehend, that just don’t make sense. My trip to Australia in 2014 provided more than a few of those. This post about the apparent madness of the policy makers and cyclists who promote cycling on freeways gets lots of clicks, I think because the case is incomprehensible to anyone from outside unless you can actually see it.

Sadly following the development of cycling policy in Australia ever since does leave me deeply saddened for many of the great cycling advocates I met on that trip, above all those in the Sydney area who seem to have faced the most unrelenting institutional attack on cycling that I am aware of anywhere in the world. I am often asked “where is the worst place you have cycled” since you started and if I am pushed I will say that the northern suburbs of Sydney stick in the memory perhaps more than anywhere else for their hostility, which is a great shame given some of the stunning scenic possibilities in the area.

And now for something completely different – an homage to a classic bicycle and to the impression of Chinese cyclists flocking in their thousands.

The post attracted a few comments and a lot of the clicks at the time – and like the bike it is timeless so it still attracts a few visits every week. What is more uncomfortable is that the bike in the post remains unrestored, so the sequel to that 2013 post is still to be written!

A stormy ride to Valetta, Malta, from November 2014

This post could be on both lists – it attracted a lot of visits from the Maltese cycling community when it was posted which makes it the fifth most visited post of the five years, but also it sticks out as one of the most unusual and perhaps most memorable city visits I have done since I started the blog simply because of the conditions.

Five of my favourites:

Where it all began: the start of my cycling life from March 2014

Maybe the most personal of posts, a small tribute to the place and the people that made all the subsequent steps in cycling possible. 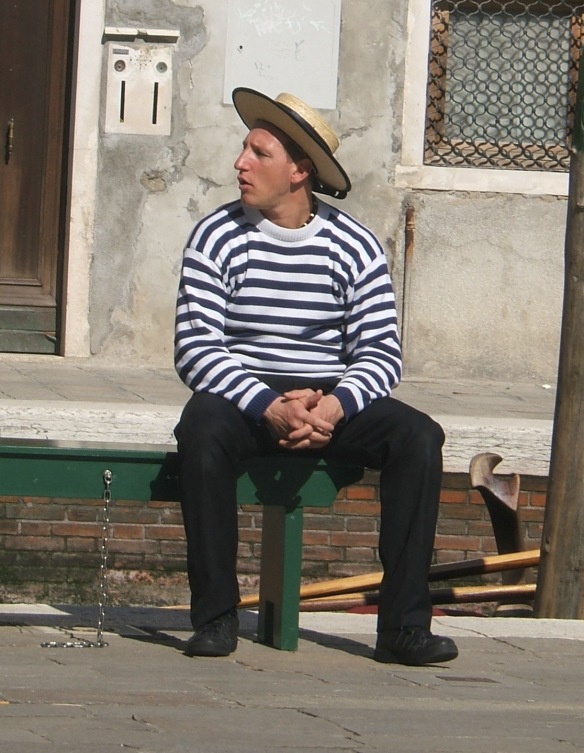 This blog post was actually a collection of photos from before I started blogging which I posted in September 2012. It was posted because this represents possibly the best day’s photography I have ever had, the clarity of the light and the beauty of Venice made it extraordinary.

If I want to go back and look at non-cycling photos, this is the post I go to every time.

On Sunday I shall wear yellow – celebrating the first British Tour de France winner in July 2012.

I think I had more fun writing this post than anything else I have done on the blog.

A celebration of Bradley Wiggins victory in the Tour, something we Brits had waited for over many years. And a chance to mess about with the words of a classic poem that was already one of the funniest and most mischievous around. My call to wear yellow was picked up by the CTC weekly newsletter at the time and I hope it caused a small trend.

I did wear yellow that Sunday, much to the amusement of my Belgian cycling clubmates, as I have done in subsequent years when Chris Froome also won.

The bookend to this post was my recent trip to the Ghent Six-day when Sir Bradley closed his racing account with a great win, a fitting wrap to five years of the blog for me.

This is really four posts, the main days of a short tour in Canada in 2012 after the Velo-city conference in Vancouver, and one of my most memorable cycling trips.

Importantly for the blog it was my first real attempt at riding and recording a trip from the saddle and publishing regular posts. Some of the picture editing looks a little clumsy now but that is more than made up for by the experiences and the stunning scenery and I learned a hell of a lot about travel blogging in a very short time.

Since then I could have picked many other trips, for example here in Belgium, in Taiwan or Denmark, but that ride was very special, perhaps because it was touring at its most pure, just me and an old bike setting off onto unknown roads. One of those days was one of my toughest rides in years, but fortunately the rest were a bit easier!

Bicycle story: the life and times of a fixie from January 2015

Nothing meets the criteria “labour of love” like the three blog posts that were written around the restoration of my 1963 Freddie Grubb fixed wheel bike.

The bike restoration itself ran from September 2011 to autumn 2014, a saga in itself. But writing about the history of the bike enabled me to look back over the 50 years of cycling during which I have grown up, eventually making four chapters.

That set of posts is perhaps a legacy from an era and a way of cycling that are now almost lost. I hope by writing about it I can keep some of those memories alive.

Prologue and Chapter 1 including the early years

Chapters 3 and 4 – neglect and restoration

Thanks for following my blog. “When I see an adult on a bicycle I do not despair for the future of the human race.”